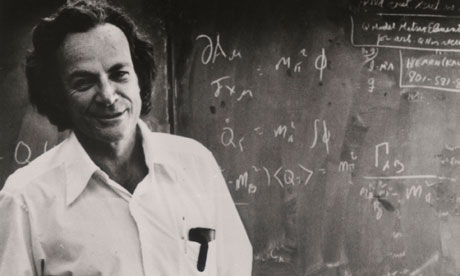 
Secondly, you definitely don't need obscure heterodox models to predict a financial crisis. I've cited it before, but for instance Kiyotaki-Moore basically sketches out how a crisis like this can occur. There are actually plenty of examples of perfectly fine mainstream papers on this topic. And it wasn't just heterodox economists that predicted it. People like Dean Baker, Roubini or even Krugman didn't exactly rely on post-Keynesian or Minskyian economics, their logic was fairly straight forward. Stiglitz has some great models on bank failure, which are essentially mainstream info-asymmetry economics. I also think Minsky is useful but not that useful, and it's not especially scientific. He doesn't really have any kind of model, he just essentially asserts that banks will turn to speculators (and also made a lot of mistakes with regards to importance of credit cards, diminishing importance of large infrastructure loans etc..) The mechanisms aren't adequately explained. At least the Austrians, who I definitely oppose, have a mechanism for how banks turn to unstable speculators - aggressive monetary policy.

This is bad science of the "show me your model" variety. A mathematical model may give apparently accurate results, but that does not mean it has the right theoretical foundations. Valuing the model over the theory was lampooned by the great physicist Richard Feynman, in this lovely metaphor:


[Feynman] imagines a Mayan astronomer who had a mathematical model that perfectly predicted full moons and eclipses, but with no concept of space, spheres or orbits. Feynman then supposes that a young man says to the astronomer, “I have an idea – maybe those things are going around and they’re balls of rock out there, and we can calculate how they move.” The astronomer asks the young man how accurately can his theory predict eclipses. The young man said his theory wasn’t developed sufficiently to predict that yet. The astronomer boasts, “we can calculate eclipses more accurately than you can with your model, so you must not pay any attention to your idea because obviously the mathematical scheme is better.”

In dismissing Hyman Minsky's hypothesis because the model was incomplete, my commenter has behaved like Feynman's Mayan astronomer. Never mind the theory, show me your model....

So, let's look at the mainstream model recommended by my commenter. Like all (yes, I mean all) pre-crisis economic models, Kiyotaki-Moore does not model the financial sector accurately - in fact it does not model it at all. And because of this, it models a financial crisis as starting with some kind of exogenous shock coming out of the blue, in this case a temporary shock to productivity. The model is a farming model, so a productivity shock of this kind might be an adverse weather event, perhaps.

Now, there may indeed be a shock that triggers a financial collapse, but it is not necessarily exogenous. In 2008, it was the fall of Lehman Brothers, which was by any reasonable standards an endogenous shock: similarly in 2007, BNP Paribas's announcement that it could not value subprime MBS, was an endogenous shock. Do endogenous shocks have different effects from exogenous ones? We do not know, and the model does not tell us.

But in the absence of any model explaining how debtors become fragile, we can have no reason to assume that ANY shock, exogenous or endogenous, would have destructive effects. Indeed Kiyotaki-Moore themselves say this is a weakness in their model:


A weakness of our model is that it provides no analysis of who becomes credit constrained, and when. We merely rely on the assumption that different agents have different technologies.

"Different technologies". What a get-out line. But if you exclude the financial sector from your model, that's the kind of blanket excuse you end up with.

If your model cannot explain how people and corporations become over-leveraged and therefore fragile, it can have no predictive power whatsoever. All it can do is say "IF people/businesses are over-leveraged when a shock hits, THEN this is likely to be the effect". So Kiyotaki-Moore can neither explain nor predict a financial crisis. It merely describes how an (unexplained) shock propagates itself through an (unexplained) over-leveraged population, with long-lasting negative effects. That is useful, of course - in fact I think this model does a pretty good job of explaining the amplifying effect of collateral price falls in debt deflationary collapses. But that isn't what my commenter claimed it did.

Let me be clear. I don't have a problem with mathematical models, as long as they use appropriate mathematics and have a sound theoretical basis. But we have to respect their limitations. They don't necessarily adequately explain economic events, let alone reliably predict them. And they are never a substitute for logical thought. .

So I don't want you to show me your model. I want you to explain your thinking. What is your theory, and how have you defined it? What thought processes brought you to this point? What are your assumptions, and how have you justified them? If you cannot explain these in words, then however clever your mathematics, your model is devoid of substance. Throw away your Greek dictionary, and write me an essay in plain English.