Showing posts from September, 2018
Show All

With only six months left to the moment when the UK leaves the EU, the Brexit end game is upon us. If there is to be a Withdrawal Agreement at all, the Northern Ireland border problem must be solved within the next couple of weeks. But at present, both sides are well dug in and showing no inclination to budge. No-deal Brexit is looking increasingly likely. Nonetheless, the game is still afoot. In Salzburg, the EU appeared to strike a mortal blow to Theresa May's Chequers proposal. After this, surely she had to compromise on her red lines? Not a bit of it. Mrs. May is sticking to her Chequers proposal, apparently hoping that eventually the EU will blink. She remains, as ever, oblivious to the mortal damage that this would do to the EU as a political project. But agreeing a deal with the EU is not Mrs. May's top priority anyway. With the Tory party conference approaching, continual rumours of a leadership challenge, and Boris trying to make himself look like Churchill-in
6 comments
Read more 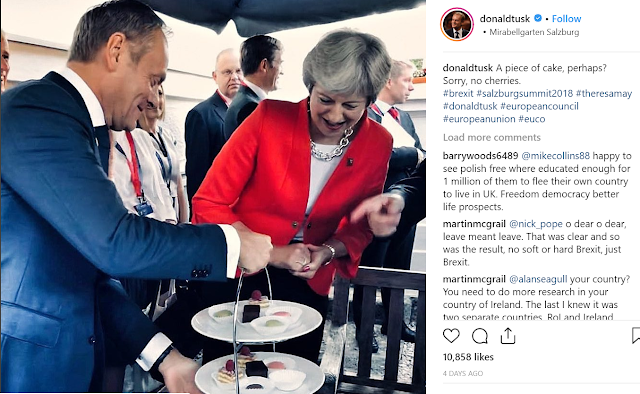 Sometimes I despair at the naivety of politicians. Theresa May's humiliation in Salzburg was an inevitable consequence of her belief that the EU would be willing to compromise its "four freedoms" to keep her in power. To be fair, press reports since the Chequers plan have suggested that the last thing the EU wants is a change of leadership in the UK. But it was a mistake to interpret this as meaning the EU was willing to become Theresa's poodle. Nothing could be further from the truth. The EU has said many times that the four freedoms are not up for negotiation, and proposals that tried to keep some of them while rejecting others have all been flatly rejected. Theresa's prized Chequers deal was weighed in the balance and found wanting the moment it hit Michel Barnier's desk. All the European Council did was confirm what everyone already knew. Except our Theresa, that is, who apparently thought that "this is not going to work" meant that the
4 comments
Read more

Do you remember yesterday? 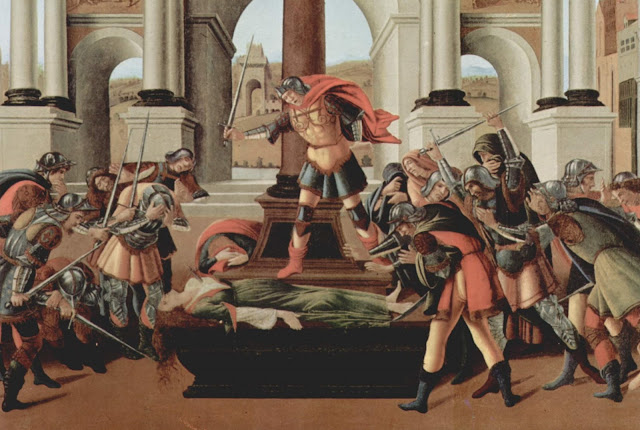 It’s ten years since the fall of Lehman Brothers. Ten years…. but it seems much longer. I look back on the mid-2000s as if they were a past century. Those days are gone forever, and the future is increasingly dark and uncertain. How a single event can change the course of history... “Do you remember yesterday, that was a hundred years ago?” cries Lucretia in Benjamin Britten's The Rape of Lucretia, shortly before committing suicide. Lucretia's death was the event that brought about the fall of the Tarquin dynasty and the establishment of the Republic of Rome. A fundamental re-ordering of Roman society was triggered by a single act of betrayal. Tarquinius raped the wife of one of his senior generals. She committed suicide. Appalled, the Roman army overthrew him. No doubt Tarquinius had raped many other women. But Lucretia was a noblewoman and the wife of a loyal supporter. It was too much. History is scattered with similar triggers for earth-shattering political changes.
2 comments
Read more
More posts