Showing posts from October, 2013
Show All

Why the Fed can't taper

By Frances Coppola - October 31, 2013
John Aziz has a post explaining why the Austrian school of economics is wrong to believe that the Fed can't taper because of the risk of asset collapse and hyperinflation. I actually have some sympathy for the Austrian argument that the Fed cannot taper, but not for their reasons. They wrongly focus on base money creation as the main problem. But as Aziz says, base money creation would have to be a) far more extensive and b) have a far more direct effect on broad money to result in the hyperinflation that they fear. The real risks come from the market effects of persistent QE. Central banks have become the largest players in global markets. It is somewhat unclear as to whether markets respond to central banks or vice versa - it's probably a bit of both - but we really can't pretend that central bank actions have no effect on global markets. The Fed is the largest and most important central bank in the world. Its actions are critical to the operation of global markets.
50 comments
Read more

By Frances Coppola - October 26, 2013
From Fraser Nelson's Twitter stream come the following charts, with associated twitter commentary. Worth remembering: debt is growing WAY faster than the economy. Right now, £2 borrowed for every £1 of growth (pic) pic.twitter.com/wG8Pd45Tlj — Fraser Nelson (@FraserNelson) October 26, 2013 For purists here's the latest, soaring debt/GDP ratio. Just as scary. pic.twitter.com/xOpJYJIA5u — Fraser Nelson (@FraserNelson) October 26, 2013 And finally, for the record, this shows how Osborne will up national debt more in 5 yrs than Labour did in 13 yrs. pic.twitter.com/N1o1R2ZOqQ — Fraser Nelson (@FraserNelson) October 26, 2013 There are of course going to be lots of people who think my description of these as "silly" is mistaken or incomprehensible. So let me explain. Chart 1 compares the increase in government debt with the increase in GDP since 2010. I'm afraid this is meaningless. Debt is a stock: it is taken on at a point in time, paid down a
56 comments
Read more

In Praise Of Hedge Funds 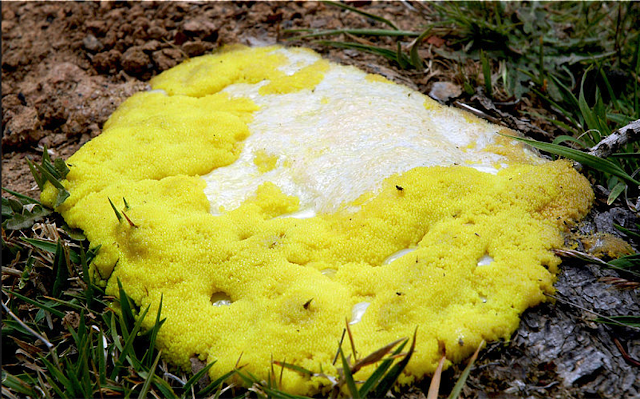 My latest at Pieria: Every ecosystem needs its scavengers and its bottom feeders. They clear up the mess that others leave behind, extracting nutrients from decaying corpses and dung piles and leaving only sterile bones behind. We are revolted by them, but without them the world would be a much more unpleasant place. So it is with hedge funds. They are the financial system's equivalent of slime moulds and flatworms. They buy up distressed companies that no-one else will touch and extract whatever profit they can from them. In many cases they leave only empty shells behind, but they sometimes turn failing companies around with ruthless restructuring programmes, in much the same way that some kinds of maggot were used in field surgery to clean up suppurating wounds. In short, they may be revolting but they serve a useful purpose..... Read on here .
3 comments
Read more

The lure of gold, the deceit of silver

By Frances Coppola - October 22, 2013
It seems the Co-Op Group's proposals for resolving the mess its bank has got itself into have been firmly rejected by the bondholders. More specifically, they have been blocked by an unholy alliance of two hedge funds - Aurelius Capital Management and Silver Point Capital. These two put in a counter-proposal, which it seems (after extensive talks) has been accepted by the Co-Op Board. Robert Peston announced on his blog that the Co-Op Group was about to lose control of its bank. But that's not what Euan Sutherland says . Proudly proclaiming that the Co-Op Group would retain a 30% stake in the Co-Op Bank, making it the largest shareholder, he claimed that the Co-Op Group would remain in control of the bank. I fear this is more Co-Op Group spin. I've complained before about the less than transparent way in which the Co-Op Group communicates with its stakeholders, which at times has amounted to outright deceit. The fact is that a 30% shareholding is in no way a controlli
10 comments
Read more

By Frances Coppola - October 20, 2013
The decision by the Chancellor to allow Chinese banks to operate in the UK as branches rather than subsidiaries has caused something of a stir. And as usual, the implications have been widely misunderstood. This from Willy Hutton in the Guardian (in an otherwise strong piece ) is typical: Compounding the error, he has decided to allow  Chinese banks to trade in London  through branches. Iceland's bankrupted banks operated in Britain through branches. Never again, we said. If a bank wants to function here, it must put its own capital behind its British operations. But desperate to win the City's right to trade in renminbi, Bambi wants to waive this obligation uniquely for Chinese banks. China's banking system is precarious; non-performing loans could be as high as $5trn, proportionally far in excess of pre-crisis Iceland. At least the British taxpayer will be able to underwrite their British operations when the system crashes, as it almost certainly will. This is simpl
9 comments
Read more

By Frances Coppola - October 15, 2013
My latest post at Pieria looks at modern-day fiscal dominance and its consequences: In 1981, Sargent & Wallace published their now-famous research paper  Some Unpleasant Monetarist Arithmetic . It demonstrated the difficulty that central banks have in controlling inflation when governments are hell-bent on fiscal profligacy. Coming after the fiscal and monetary policy disasters of the 1970s, it seemed like a breath of fresh air. Its recommendation of "monetary dominance" - that fiscal policy-setting should be constrained by the inflation target of the monetary authority - became the standard for "good practice" in macroeconomic management for the next thirty years. Even today, its shadow lies long. Gavyn Davies  recently suggested  that the Bank of India needed to establish monetary dominance in order to get inflation under control. And Pozsar and McCulley incorporated its findings into their paper on  helicopter money , although they only applied it to th
18 comments
Read more

The temples of the gods of capital

By Frances Coppola - October 13, 2013
The London property market is booming. Property prices have risen by 9.7% in the last year and there is no sign of any decline. Such large price rises are, of course, only happening in London, not the rest of the UK, where property price rises are lower the further you are from London (in Scotland prices are actually falling). But the same is happening in other large cities such as New York. Prime real estate in big cities has never been so expensive - and so desirable. Yet people are leaving London, apparently. Both the FT and the NY Times carry opinion columns by disgruntled journalists who have decided the cost of property in London is way too high and are moving elsewhere. And they report that others are doing so too. Here's Michael Goldfarb in the NYT: "Matt, who had been looking for a house for more than three years, summed up the reason for leaving best: “I don’t want to be a slave to a mortgage for the next 25 years.” Given the astronomic rise in house prices he
17 comments
Read more

The (political) failure of safe assets

US T-Bills, today: (source: U.S. Department of the Treasury) No, you aren't imagining it. The yield curve has inverted. The yield on 1-month treasuries is higher than the yield on 1-year treasuries. It seems markets think the USA might default on its short-term debt. This is all because of the standoff between President Obama and Congress regarding funding Obama's "health care for the poor" (the legislation for which Congress has already passed). I'm not going to discuss the wrongs and rights of the situation here. Suffice it to say that both sides think they are right: both sides are refusing to negotiate about the health care, though they do seem to be prepared to discuss other fiscal expenditure matters: and both, it seems, are prepared to allow the USA to default on its debt rather than back down from their entrenched positions. If the USA were Argentina this perhaps wouldn't matter too much. Argentina has a history of debt default, it is curre
10 comments
Read more

By Frances Coppola - October 06, 2013
People of libertarian persuasion are often very keen on the idea that Government should "defend property rights". Their view is that the assets they own are theirs by natural right, and it is the Government's job to defend that right. I find this view bizarre. As I've  noted before , there are no "natural" property rights. The law of the jungle, which is the law that holds when all other laws are unenforceable, says that the only property you "own" is what you can defend. If something bigger and stronger than you comes along, points at your property and says "I'm having that", you may put up a fight, but in the end you will lose, and then it is no longer your property. Humans have operated like this for thousands of years, particularly over land. Nearly all wars start when a country that thinks it is bigger and stronger than other countries points to a neighbouring country and says "I'm having that", and the neighbouri
64 comments
Read more 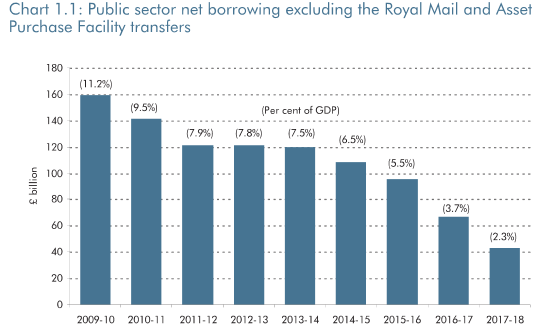 I've noticed some people using the Biblical  story of Joseph as justification for their idea that personal saving is a Christian virtue. And indeed, the concept of "rainy day savings" is essentially the same: save up in the good times so that you have savings to see you through the bad times. But in reality the story of Joseph has nothing to do with individual saving. Indeed, Joseph's actions actually made it more difficult for the people of Egypt to save for the coming famine. You see, Joseph was not saving for himself. Joseph worked for Pharoah. And Pharoah and his court were the Government of Egypt. So Joseph was a Government minister. Rather a senior one, actually: he was the Ancient Egyptian equivalent of the Prime Minister. He "ran the land of Egypt" on Pharoah's behalf. So when Pharoah's dream prophesied that famine was coming, Joseph created grain mountains to feed the population. Has anyone ever considered how he managed to do this, giv
37 comments
Read more
More posts