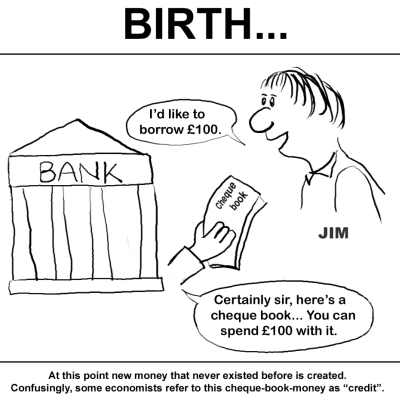 But wait. Bank deposits are loans to banks, and depositors are senior creditors. In the event of insolvency, senior creditors are only entitled to a share of the assets - they don't have an automatic right to recovery at par. This applies even for insured deposits, since insurance is separate from the liability itself. In insolvency, all depositors may take a haircut - but insured depositors are then made good by their insurance. In conventional banking systems, deposit insurance is a public good, though it may be limited to smaller deposits. It exists primarily to prevent bank runs, and secondarily to mitigate the damaging effects of bank failures on more vulnerable people.

In contrast, in a custodian system, customers have not lent their money - they have placed it in a safe deposit box. They have every right to expect that even in the event of insolvency, their money is safe. This is why regulators like the CFTC insist that client money must be segregated from the broker's or exchange's own money. Losses must be born by shareholders and creditors, not by customers.

Bitfinex's system was supposedly custodian. But the fact that customers did not have control of their own funds suggests that it was not. After all, who ever heard of a safe deposit box to which the customer can only gain access with custodian permission, but custodian staff can raid at will?

And raid it they did. No, I don't mean the hacker - though that was a raid on certain customer accounts. I mean Bitfinex management.

Following the theft, Bitfinex management decided unilaterally to "socialise losses". It imposed a 36.067% haircut on all customer balances. It also turned out that Bitgo, the custodian, had no insurance against customer losses. So all customers suffered a loss. In effect, Bitfinex management raided customer deposit boxes to cover the exchange's losses. Importantly, they did so WITHOUT customer agreement. They treated depositors as if they were lenders to the exchange itself, not lenders to other customers.

On the borrowing side, Bitfinex does not allow customers to withdraw funds from their wallets until all borrowings have been cleared. It does not allow them to borrow more than 70% of the value of a short sale. And it will forcibly liquidate balances in order to settle loan obligations.Yet even with such coercive provisions, it seems that Bitfinex was in the habit of absorbing loan defaults rather than passing them on to the lending customers. So it also treated borrowers as if they were borrowers from the exchange itself, not from other customers.

It's all looking highly bank-like, isn't it? But wait. We have credit intermediation and maturity transformation, true. But for Bitfinex to be a bank, not just a peer-to-peer lender, we need a third element. Fractional reserve lending - or as it should be called, money creation.

As long as Bitfinex was only trading existing currencies, there was no fractional reserve element. Deposits were lent out to borrowers, and no money was created. But that has all changed now. As part of the bail-in of depositors, Bitfinex created its own currency.

The haircut of customer balances exchanged existing currencies (which Bitfinex can't create, but needs in order to settle its debts) for newly created "tokens" called BFX. These bear no interest, are pegged at par to the US dollar, and will (hopefully) be tradable. They have no maturity date, but they can be redeemed by their originator. So they are zero-coupon, perpetual, callable debt securities. Possibly, in the future, they could be shares.

Now, let's remind ourselves of the characteristics of a fiat currency. Fiat currency consists of "tokens", which usually bear no interest* but are tradable. The tokens have no maturity date, but can be called in by the issuer at any time. So fiat currencies are zero-coupon, perpetual, callable - well, are they debt securities, or are they equity shares?

But, I hear you say, fiat currencies are produced by central banks out of thin air, aren't they?

No. They are created by banks. Any fractional reserve bank can create fiat currency. The vast majority of fiat currency in circulation is created by commercial banks in the course of lending. Most countries choose to restrict the issuance of notes and coins to central banks or government. But in Scotland and Northern Ireland, banks issue their own banknotes, which are pegged at par to sterling.

Bitfinex has been lending on its own account. I'm sorry, but it has. And now it is creating its own IOUs to cover the fact that it doesn't have enough reserves to meet its obligations. These IOUs are currently worthless, of course, since Bitfinex has currently no intention whatsoever of honouring the notional convertibility to US$. But the customers either have to accept them or force Bitfinex into liquidation - which would potentially leave them worse off. The best the customers can hope to do is create some value by sticking with Bitfinex and trying to create a market in BFX.

And of course, if they succeed, there will be absolutely nothing to prevent Bitfinex doing more own-account lending and issuing more BFX to fund it.

Bitfinex has become a bank.

* In fact many forms of fiat currency do bear interest. But of course Bitfinex could pay interest on its tokens. That wouldn't really make any difference to what is going on here.