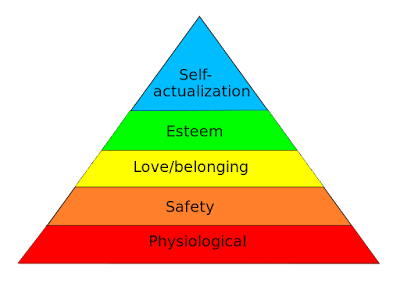 Of course, rich prisoners might worry that lack of demand for cigarettes would reduce their value - after all, if you can't sell your ciggies, you might as well smoke them. So they might hoard Ramen noodles in order to restrict the amount in circulation, or they might try to force up the value of Ramen noodles by artificially pinning their price to cigarettes. We might end up with something akin to a bimetallic standard, with Ramen noodles being the "silver" used by the poor and cigarettes becoming rich prisoners' "gold".

This would create hardship for poorer prisoners, some of whom would be unable to obtain the noodles needed to buy other near-essential goods such as hygiene products. Perhaps there might be some enlightened prison officer who would deliver an inflammatory speech demanding the free circulation of Ramen noodles. "You shall not crucify prisoners on a cross of cigarettes"......

Alternatively, prisoners could be taking to Ramen noodles because they are all giving up smoking and want a new, healthier type of money. "Maybe Ramen noodles are the prison equivalent of Bitcoin", said one bright spark on Twitter.

Umm, no. The change is being driven by a fall in supply, not demand. And it is not the supply of cigarettes that is falling. According to Michael Gibson-Light, the author of the new study, the change is caused by deterioration in the supply of food:


"Prisoners are so unhappy with the quality and quantity of prison food that they receive that they have begun relying on ramen noodles -- a cheap, durable food product -- as a form of money in the underground economy," he said. "Because it is cheap, tasty, and rich in calories, ramen has become so valuable that it is used to exchange for other goods."

The US's prisons are overflowing with people, as politicians insist on more and longer prison sentences. But the funds to run the prisons are not keeping pace with the increase in inmates. Consequently, prisons are being forced to cut back on basic provisions, such as prisoners' food.

So the change in prisons' "shadow money" is being driven not by Gresham's Law, but by Maslow's hierarchy of needs. The lowest level on Maslow's hierarchy (see the image at the head of the post) is physiological needs - air, food, water, shelter, warmth, excretion.* Inadequate food within US prisons has financialised prisoners' physiological needs. It has turned food into money.

Tobacco addicts may claim that they have a physiological need for a smoke, but the widespread substitution of Ramen noodles for cigarettes suggests that for most prisoners, the need for tobacco is higher order. It is easy to see that stamps and envelopes belong in the "love and esteem" section, since they enable prisoners to communicate with family & friends. But where does tobacco fit in? Perhaps there is a hierarchy within a hierarchy, a relative ranking of physiological needs. Tobacco is only a driving physiological need until a greater need shows up.

There is of course a positive effect from this change. If cigarettes will no longer be so freely available, fewer prisoners will smoke them. But against that we must put the health effects of restricting food. What kind of society is it that will provide so little food to prisoners that a black market food supplement becomes money?

Food, of course, does not only feature at the physiological level. Few would argue that caviar and truffles are a physiological need: they belong in the "esteem" section, three levels higher. And in some forms of "self-actualisation", food intake can be severely restricted - ideological veganism, for example. Food features at every level of the hierarchy. And so does money, in one form or another. Money is the facilitator, the means by which people are able to meet their needs, including many of their higher-order needs: after all, self-actualisation is a bit irrelevant when you don't have food or shelter, and relationships can be broken beyond repair by failures at the physiological or safety level.

But Maslow's hierarchy applies to the individual, whereas what constitutes "money" is a collective decision. As Hyman Minsky said, anyone can create money, the problem is getting others to accept it. Money is a social construct. And yet - just as in Maslow's hierarchy, lower-order needs drive out higher-order ones, so when a whole community is distressed, lower forms of money drive out higher ones. Silver replaces gold, paper replaces silver....but when people are starving, gold, silver and paper become worthless, and food becomes money. We can, in a way, regard Gresham's Law as the social equivalent of Maslow's hierarchy.

This touches on fundamental questions about the nature of money. Food-as-money works for those who need food: inflation is benign, since it ensures that all those who want food can have it. Grain standard currencies are very good for agricultural communities, since they ensure that the price of food naturally adjusts to production and wide fluctuations in food prices are avoided. But for those who want to save for the future, food-as-money has serious downsides, including the fact that it can be eaten. When times are hard, the temptation to eat the money and leave nothing for the future can be very high. You can't eat metal or paper.

There is a vast ideological gulf between those who regard money as primarily a store of value, and wish to fix its supply to prevent the value falling, and those who regard money as primarily a medium of exchange, and wish its supply to respond flexibly to demand. In choosing Ramen noodles over cigarettes, it seems that prisoners prefer to regard shadow "money" as a medium of exchange.

But it is early days yet. There may still be a backlash from those rich in cigarettes. And you never know, they might even start using Bitcoin.

The nature of money
The golden calf
Ultra-liquidity - Pieria

* The image at the head of the post shows sex as a physiological need, but this is disputed.