Logically, this makes sense. If the supply of base money is fixed, then falling interest rates indicate* rising demand for base money, increasing its value and therefore causing prices to fall. Aficionados of a classical gold standard will recognise this as "benign" deflation. Falling interest rates when the monetary base is fixed can be an indicator of healthy growth.

Unfortunately the period that Sumner chooses as his example of falling interest rates and a fixed monetary base was anything but healthy. It was August 2007 to May 2008, which was the height of the subprime crisis and encompassed the failure of Bear Sterns.

Strictly speaking, the monetary base was not "fixed" at this time - as this graph shows, it roughly tracked M1 with a lag: 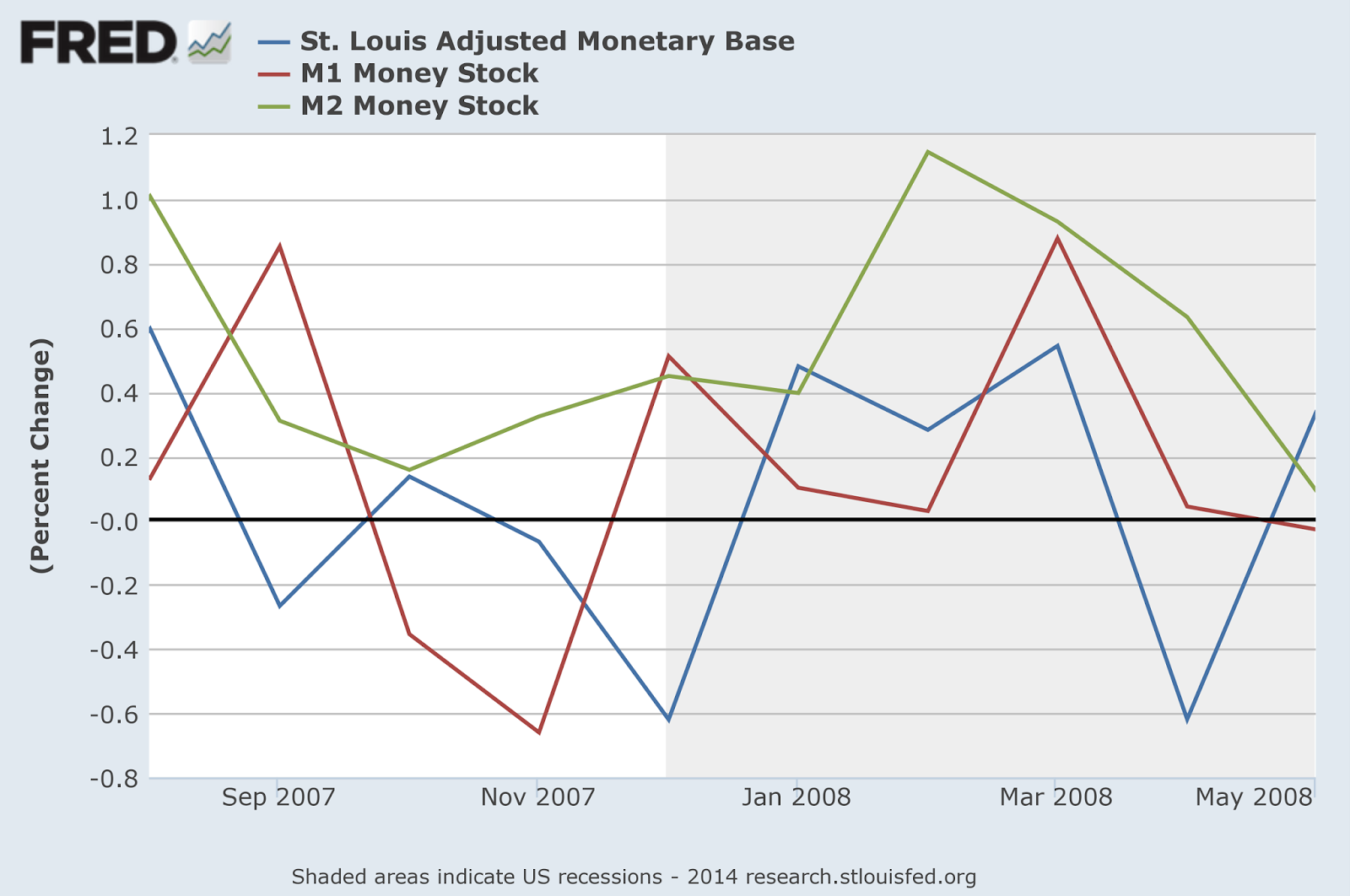 However, it did not grow overall, hence Sumner's description of this as a period when the monetary base was fixed.

But this simply won't do. The variation in the monetary base during this period DOES matter, because of what it tells us about Fed policy at the time. The Fed was not holding the monetary base fixed and allowing the interest rate to fall, which is what Sumner implies. It was actively supporting the Fed Funds rate.

The Fed Funds rate is not simply a market interest rate. At the time, it was the primary monetary policy tool, though these days - because of the presence of excess reserves in the system - it has been superseded by the interest on reserves (IOR) rate. Pre-QE, the Fed targeted a particular Fed Funds rate by adjusting the quantity of the monetary base using open market operations. You can see clearly from the graph that at times the monetary base actually shrank, which would have been caused by the Fed draining reserves.

The Fed Funds rate fell throughout this period: 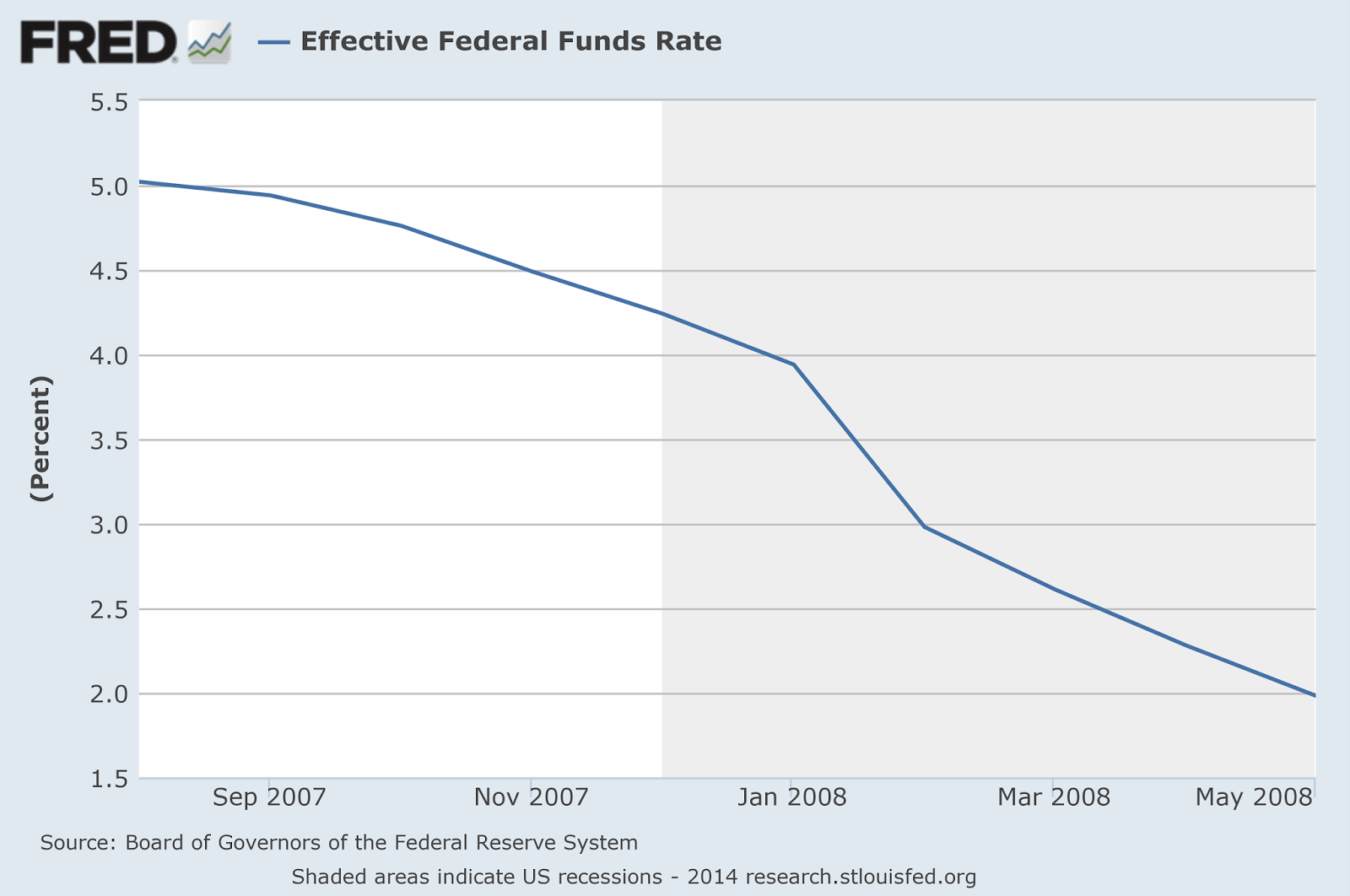 But without the Fed's intervention to drain reserves, the rate would have fallen even further.

Sumner seems to think that the Fed should not have supported the rate by draining reserves. On he contrary, he explicitly blames the Fed's failure to expand the monetary base at this time for the subsequent collapse of NGDP:


Between August 2007 and May 2008 there was no change in the monetary base, and yet interest rates fell sharply.  Not surprisingly NGDP growth slowed and we tipped into recession.

But the problem was inflation: 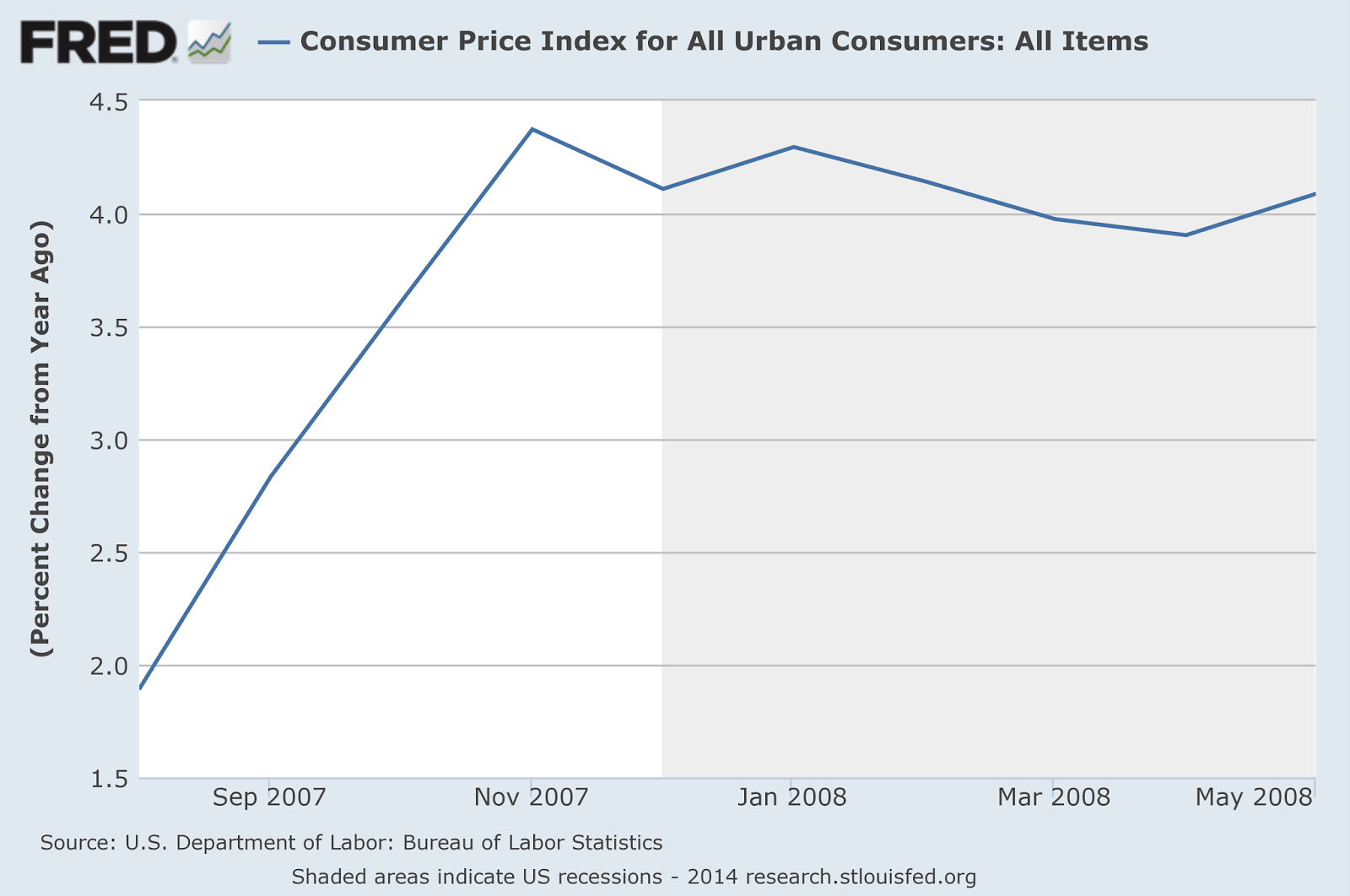 Nor would NGDPLT targeting necessarily have made much difference to Fed policy. We now know, with the benefit of hindsight, that NGDP was going to fall off a cliff in September 2008. But at the time, NGDP didn't show much sign of such a dramatic collapse: 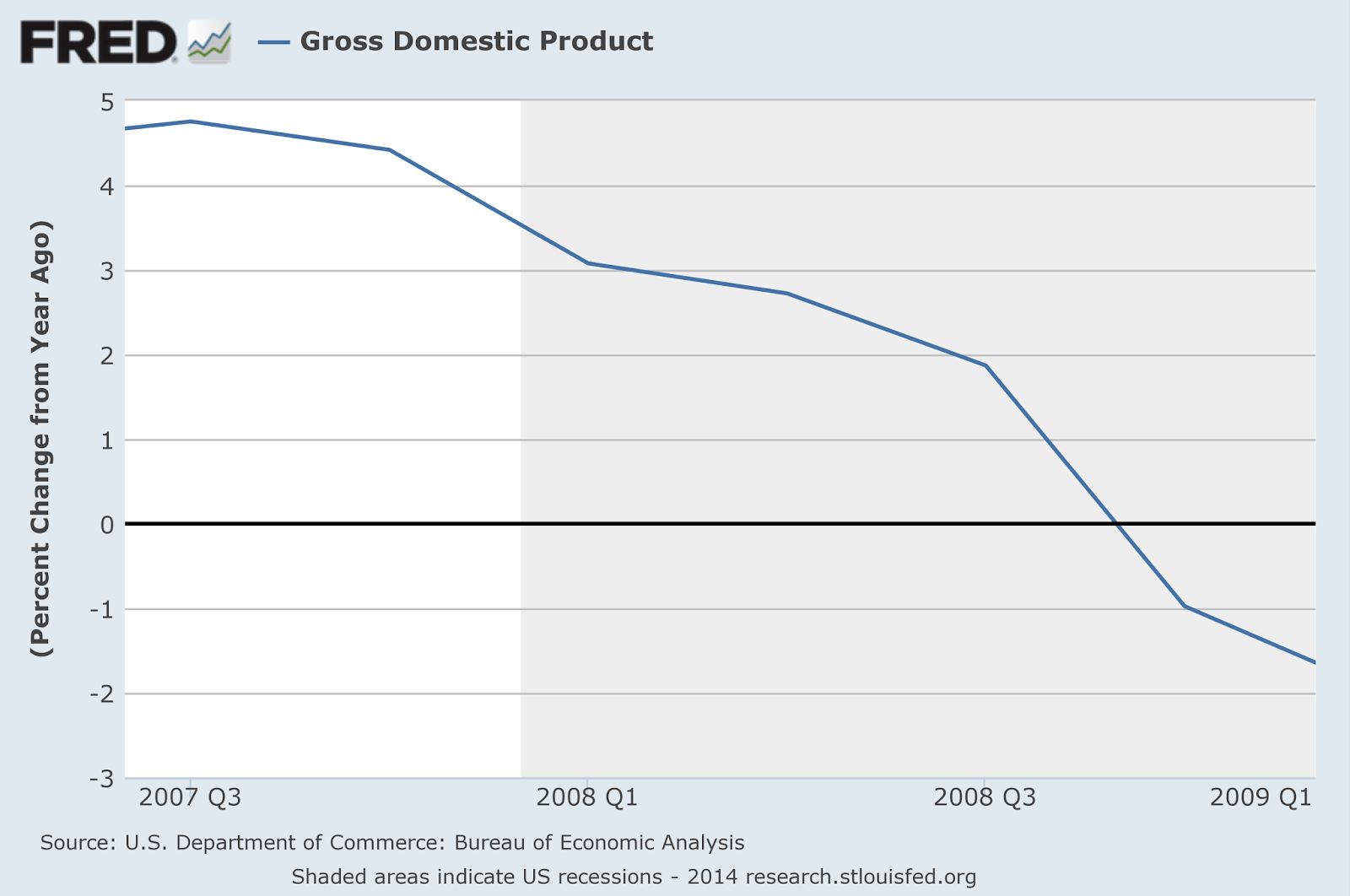 In short, if you look ONLY at monetary aggregates and inflation, it is hard to argue that the Fed's policy during this period was too tight. With hindsight we can see that the falling interest rate and lack of monetary base growth was warning of impending crisis: but at the time the main worry would have been inflation well above target. The remarkable thing is that the Fed allowed interest rates to fall as much as it did.

For me, the answer is to look at a wider range of indicators. Had the Fed in 2007-8 taken more account of conditions in the housing market and financial markets (and less notice of inflation), monetary policy might indeed have been much looser, and the appalling crash of NGDP might have been averted. Therefore I welcome the recent decision by the Bank of England and, now, the Fed to take into account a wide range of economic indicators when making monetary policy decisions. Those in favour of a strict rule-based approach to monetary policy based on something like an NGDPLT target will no doubt be disappointed: but as I said above, I don't think an NGDPLT target would not necessarily have resulted in a markedly different policy stance in the crucial early part of the financial crisis.

The truth is that the economy is a great deal more complex than one indicator can show, and making policy decisions on the basis of one indicator alone (or one type of indicator) can have seriously damaging effects.