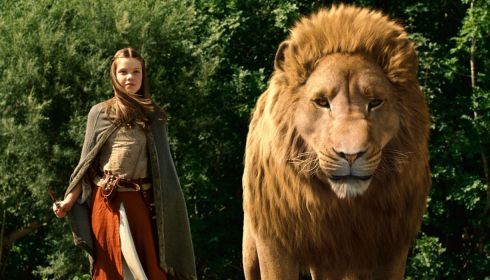 What does "discussion" mean?

According to the Oxford Dictionary, there are three definitions:


Well, this is a pretty wide brief, isn't it? Lots of opportunity for misunderstanding there.

I recently joined a discussion group. There are lots of these on social media, some open, some closed. Some have clearly defined topics, others are much woollier. Most do not specify what they mean by "discussion".

I expected a friendly debate in which differences of opinion are welcomed and there is no intention of reaching any conclusion. But there is no particular reason why I should expect this. Another person might expect discussion to be focused entirely on obtaining general agreement to a particular course of action. And someone else might simply be wishing to air their views on a particular topic without those views being challenged. All of these fit within the dictionary definition of "discussion".

So I asked the members of my group what they meant by "discussion". Of course, there were different views. So we are now having a discussion about the meaning of discussion. The question is, should this discussion lead to mutual agreement about what we mean by discussion, or should we "respect each other's opinions" - by which most people seem to mean "agree to differ"?

To me, the answer in this case is obvious. We cannot possibly "agree to differ". If we don't agree on what we mean by discussion, no discussion is possible. We end up talking past each other, or worse, getting angry with each other because people who want friendly debate challenge people who just want to air their views.

When there is no agreement about what "discussion" means, a "discussion group" tends to become merely an echo chamber for the majority who substantially agree with each other. Dissenters are silenced, not by moderators but by abuse from the majority. Although the group has never "agreed" what it means by "discussion", the majority view inevitably prevails.

So in order for there to be discussion, we must in the first instance agree on what we mean by "discussion". In an unmoderated group where there is no agreement about what "discussion" means, the dominance of the majority amounts to a coup. Moderation is necessary to prevent the majority becoming tyrannical.

But we don't have to agree about anything else. Indeed, discussion is more constructive if we don't. Dissent is creative. We learn from those who disagree with us. Silencing dissent is the hallmark of totalitarian regimes. Those who see "discussion" as opportunity to air their views in a supportive environment, and abuse those who provide reasoned challenge to their views, are essentially fascists.

We can, and should, disagree with each other's opinions. Discussion does not have to mean agreement. We can take the same set of facts and reach opposite conclusions, as my father and I did over the Brexit vote: I was more positive about the future for the UK in the EU than he was. We were simply attaching different weightings to the available facts and assessing the best course of action based upon our weighted view of the facts. And we will never know which of us was right. As Aslan said to Lucy, "To know what would have happened? No. No-one is ever told that. But anyone can find out what will happen." The choice was binary and irrevocable, and we now know what will happen, though we do not yet know exactly how. The path we now walk is that which leads out of the EU.

However, dissent over facts is not reasonable. If I know there is overwhelming evidence that your opinion is based upon a wrong understanding of the facts, I am not going to "agree to differ": I am going to present the evidence and expect you to change your opinion. There is not, and will never be, £350m per week to be saved by leaving the EU. There is not, and never has been, a "pension pot" containing your NI contributions. Banks do not lend out reserves, or deposits.

You may decide not to change your opinion, of course: there are plenty of people who continue to believe that the earth is flat despite overwhelming evidence to the contrary. But I am not going to respect your opinion. It is not respectable.

So I will continue to correct factual errors and challenge ill-founded opinions. And if that is disrespectful, so be it. You are entitled to your opinion, but don't expect me to agree with you. If I think your opinion is fantasy, I will say so. And if you don't like me correcting your facts, get them right.


Image is a still clip from the feature film "Prince Caspian", showing Aslan and Lucy.