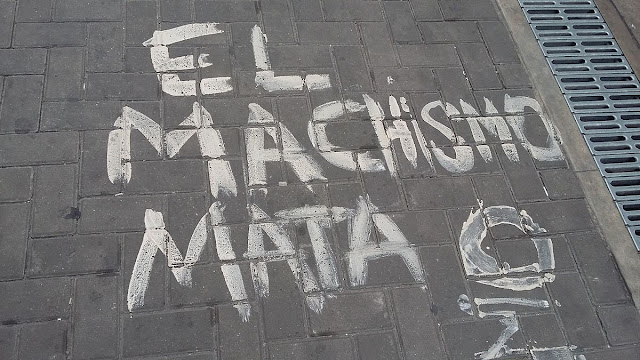 2016 has been an extraordinary year. Memorable for so many things: celebrity deaths, the melting of Arctic sea ice, Trump, Brexit, terror attacks in Europe, drownings in the Med, destruction in Syria. The largest movement of people in recorded history. And - perhaps - the overturning of the political & economic paradigm established by Reagan and Thatcher. Are we seeing the end of elites and the triumph of the common man? Was the Brexit vote really the victory of "ordinary people"? Was Trump's election really due to a populist surge?

I look at Trump's cabinet and I don't see a resurgence of populism. On the contrary, I see the triumph of the 1 percent. Trump's cabinet is made up almost entirely of old, white and extremely rich men. Many of them are former senior military personnel. The few women are rich, beautiful and - by American political standards - young. In short, the composition of Trump's government speaks not to pluralism, or even the end of globalism, but to something else. The return of machismo.

By this I mean the sort of machismo that defines clear expectations for men and women. Men are to be rich, white, old, powerful. Women are to be rich, white, young, beautiful. Women can hold positions of power, provided that they conform to the expectations of the men who put them there. There is no place for old or unattractive women - sorry Janet Yellen, I think you are history. And there is no place for men who are non-white or poor. Maybe I am exaggerating, but this is how it appears to me.

Trump's promise to Build A Wall should therefore be seen for what it is - machismo. So too his promises to renegotiate trade agreements in America's favour, declare China a currency manipulator, and bring back manufacturing jobs (which mainly go to men). In America, we are looking at the resurgence of male power. I'm not surprised that Trump wants to build up America's nuclear capacity, either : the ultimate macho power symbol for a male politician is surely a nuclear warhead. Dammit, it even looks like a phallus. And as for that Wall - well, I don't know if Trump will actually build it, but if he does, it will become a symbol not of America's control over immigration, but its dominance in the world.

If Trump's Great Big Wall is the symbol of "Making America Great Again", the equivalent for Britain is a Bloody Big Boat. Rebuild the Royal Yacht and send the Queen round the world hosting tea parties for nabobs. The natives will kowtow and Britain will once again rule the waves. Our former colonies will submit happily to our rule leadership, and we shall have our Empire back in all but name.

Britain's machismo is maybe not quite so obviously about male potency. After all, our Empire flourished under a Queen. But it is equally silly. No way is building Britannia II going to make Britain once again a great trading nation. The trading relationships of the past were built on colonial acquisition as much as free trade, and were backed up with force: for example, our opium "trade" with China in the 19th century relied entirely on the Royal Navy. We cannot turn back the clock to that time, however much some of us might like to. The world has changed, and those we used to lord it over now expect to be treated as equals. These days, forging trading relationships involves painstaking negotiation and a willingness to compromise. We cannot simply state our terms to other nations and expect them to sign on the dotted line. But that seems to be the approach we are currently taking.

Listen, Americans, I'm sorry if some of you have been feeling emasculated by the monstrous regiment of (old) women, but machismo of this kind does not make for a peaceful or a prosperous world. Building ever bigger warheads to impress the warlords on the other side of the Urals may keep the peace for a while, but establishing reciprocal free trade agreements with countries around the world brings far greater and more lasting benefits.

You don't need to make America great again. America is already great. It is the greatest trading nation on earth. And its greatest export is its debt. There is no shame in being the producer of the world's finest savings product and its most important currency. Embrace your destiny. Let the world beat a path to your door to sell you goods and services in return for your wonderful financial products. And as investment flows into your economy, build great things - including a Wall, if that is what you want. Build the Wall to end all walls. The Wall that is the greatest Wonder of the World. The Wall that can be seen from your colony on Mars.

And listen, Britons - or should I say "English", since I am mainly speaking to those who voted to leave the EU? I know lots of you voted for "sovereignty". But if you are not careful, you will be sovereign over not very much. Far from putting the "Great" back in Britain, the Union is in serious danger of breaking up. You have to accept that you can't have your Empire back, you can't keep foreigners out and you can't rule the waves any more. Not even in British territorial waters - after all, we lost control of our fishing rights long before there was a Common Fisheries Policy.

But that doesn't mean that Britain can't be great. Indeed it IS great. There are so many things for which Britain is universally respected - its law, its Parliamentary democracy, its openness, its tolerance, its free speech. These are what make us great. We diminish ourselves in the eyes of the world when we put up barriers, restrict free speech and become intolerant of diversity. And when we undermine our great institutions, we make ourselves far less attractive as a trading partner. Although I'm sure the Queen would love to have a new Royal Yacht, this is not what will seal favourable trade deals with other countries. Rather, it is the trustworthiness that comes from the rule of law and fair dealing. Just as America's debt is its greatest export, so English law is Britain's greatest export.

I hope the demented euphoria on both sides of the Atlantic ends soon, and is replaced with a more balanced and pragmatic outlook. The next few years will not be easy. Machismo doesn't work in Latin America or Africa, so what on earth makes us think it will work for us? We need to recognise our real greatness, and rediscover what really brings us prosperity.

It is trade that makes us prosperous. Not war games, vanity projects and phallic symbols. Trade, pure and simple. And globally speaking, the freer our trade, the more prosperous we will be.

This is not to say that free trade has been beneficial to everyone. It hasn't. But that is because for thirty years, national governments have shirked their responsibility for ensuring that the benefits of trade are fairly shared. I fear that instead of governments reconsidering how best to distribute the proceeds of trade, the return of machismo will mean that trade itself is diminished, replaced by power plays, political posturing and even outright war. If this is where we are headed, we will all be the poorer for it.

I am no fan of Ayn Rand's philosophy, but on the supremacy of trade, she was absolutely right.