By Frances Coppola - August 24, 2014
Chatting to a young Indonesian economist over breakfast this morning, I discovered that his impression of Nobel laureates had been radically changed by the Lindau meeting.

The tendency to regard people who are highly qualified and experienced in one area as therefore competent to pronounce upon everything under the sun is a form of what is known as the “halo effect”. And it can have absurd consequences. In a press briefing that I attended, a journalist from a well-known news publication asked the American economist Peter Diamond to comment on the Eurozone. The journalist in question is an EU citizen resident in Frankfurt who has been reporting on European matters for several years. She has far more practical knowledge and experience of the Eurozone than Diamond. But because of his Nobel laureate status, he was presumed to have opinions on the Eurozone that were of more value than hers.

To his credit, Diamond refused to answer the journalist's question, saying that his area of research was entirely US-focused. But other American Nobel laureates were not so humble.

Edmund Phelps, in a breakfast briefing for young economists, extolled the virtues of American “opportunity” and criticised European “corporatism”. This was in a panel discussion on innovation sponsored by Mars, whose European representative - sitting on the panel next to Phelps – had much to say on innovation within large enterprises. And a young French economist on the same panel talked about entrepreneurialism in European countries. No matter. To Phelps, America was the source of all innovation, and Europe had a “terrible problem”.

But Phelps actually undermined his entire argument by comparing the US with something called “Europe”. Had he compared the US with, say, Germany, it would have been a fair comparison, although I'm not sure his conclusions were justified. But directly comparing a country, even one with a federal model of governance, with a whole continent is absurd. Europe is astonishingly diverse, and although its residents do generally recognise a common identity called “European”, it does not have the strength of the “American” identity. “Europe” is still a work in progress.

Phelps's views on America and Europe were directly contradicted the very next day by another American Nobel laureate, Joseph Stiglitz. Here is Stiglitz – soundbite king as ever:

The idea that America is a “land of opportunity” is a myth. It's not so much the American dream as the Danish dream, or perhaps the Scandinavian dream.

I wonder which of these august gentlemen is right? I suspect neither. It is too easy to see America as the source of all innovation and Europe as free-riding on America's inventions. But equally, it is unfair to dismiss America, which remains a vibrant individualistic culture. Such competitive comparisons are unhelpful and unnecessary.

This brings me to the subject of American dominance among economics Nobel laureates. In his presentation on the role of the housing market in the Great Recession, Vernon Smith showed a series of extremely interesting slides. Here are a couple of them: 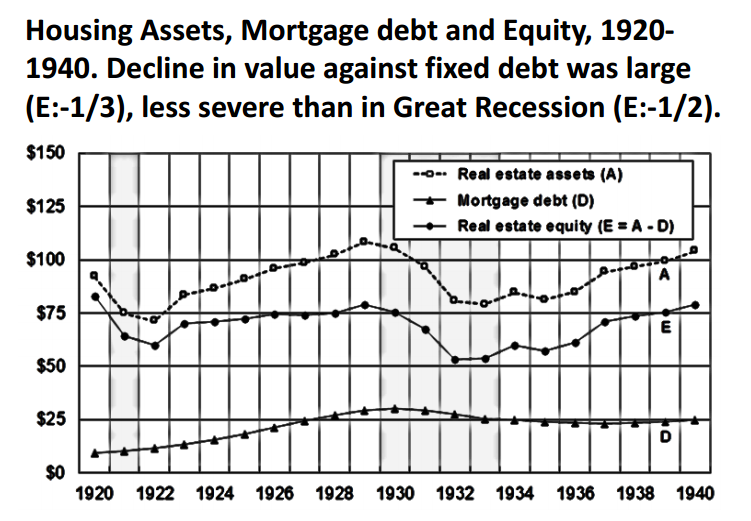 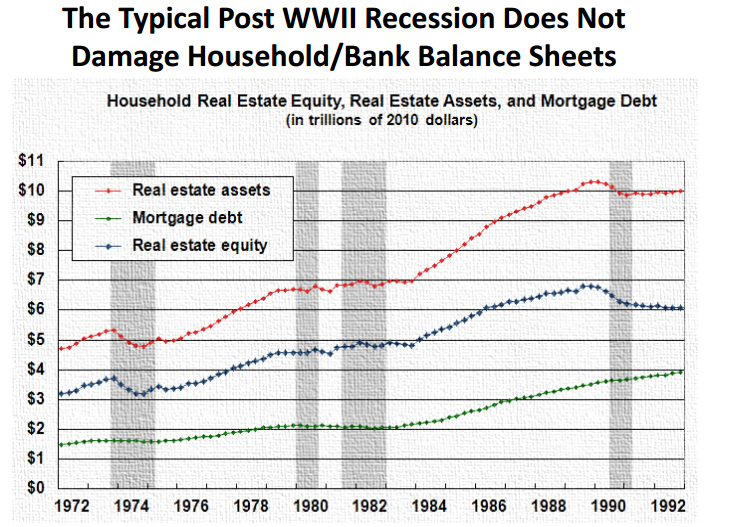 The whole presentation was excellent and his conclusions important. I shall write about this separately. But there is an important omission in the header of each of these slides. And that omission is telling.

Smith was of course talking exclusively about the American housing market. But nowhere on his slides does he show that. The slides are simply about “the housing market”. This was in a presentation to young economists, business and media representatives from 80 countries.

Smith presented to this international audience as if all housing markets everywhere were like the US and therefore he did not need to define the boundaries of his research. But nothing could be further from the truth. Housing markets are astonishingly diverse, no doubt because housing is a basic survival need and in many countries also a primary source of wealth. The US housing market is one of the most idiosyncratic: it has unique features such as 30-year fixed rate mortgages, warehousing and GSEs; it has more extensive government and near-government support than almost anywhere else; and it is as far as I know the only housing market where the majority of mortgages are securitised. Yet Smith did not see fit to tell his international audience that his research ONLY applied to the US and could not be taken as a model for anywhere else. Indeed he possibly didn't even think of that. The parochialism of American economists is at times staggering.

Nor is it just economists who are ignorant of national idiosyncracies in key markets such as housing. I had an interesting discussion with an American freelance economic journalist about the Bank of England's Funding for Lending scheme (FLS). Under the FLS, banks can temporarily swap illiquid prime loans (mostly mortgages) for highly liquid treasury bills, which they can then use as collateral in repo markets, thus enabling them to obtain market funding more cheaply. I explained this to my American friend, and his response was “I don't think people understand securitisation”. Umm. This scheme is not securitisation, and it would not work in a largely securitised marketplace such as that in the US. It only works when banks have large balance sheets made up mostly of illiquid loans.

In most European housing markets, lenders usually carry mortgage loans on their balance sheets rather than securitising and distributing them, which means that as their mortgage lending increases their balance sheets gradually become larger and more illiquid. To an American knowledgeable about economics and familiar with the operation of his own housing market, this is a very strange way of doing things. Yet to a European, it is the American way of doing mortgage lending that is odd. My American friend is indeed correct that people don't understand securitisation. To Europeans, it's a nasty American practice that nearly blew up the world.

This is not unlike the “accent” problem. I have no accent. Of course I don't. Everyone else has an accent, not me. So when I went to the US on a business trip a few years ago, I walked into my company's New York office, said something and was astonished to hear from the other side of the office, “I LOVE that accent!” It took me some time to realise that the person they were speaking about was me. I have an English accent. Of course I do. We do not see our own idiosyncracies.

The economics profession is dominated by Americans, and by research that focuses on American markets and American ways of doing things. Of 17 Nobel laureates presenting at the Lindau Economics Meeting, nearly all were elderly white middle-class male Americans – so hardly representative even of America - and most of them were doing exclusively American research. There is a terrible dearth of research that looks at other markets, particularly emerging ones: and an even greater scarcity of research that compares idiosyncratic markets, not in the Edmund Phelps compare-to-denigrate mode but in the interests of promoting international understanding of different ways of doing things.

All economies have unique features, that grow from deep historical and cultural roots: all have common features too. The problem is disinguishing between those characteristics that are common to all economies, and those that are nationally or regionally idiosyncratic. When one nation is dominant in the field of economics, a research model that narrowly focuses on the economic features of that nation runs the risk of being interpreted as applying to all economies, especially if that model is developed by a Nobel laureate. Halo effects lead to “generalisation from the particular”, and a failure to recognise and promote understanding of economic diversity. There is no one right way of doing things, and the American way – or any other nation's way, for that matter – is neither universally applicable nor even necessarily the best.