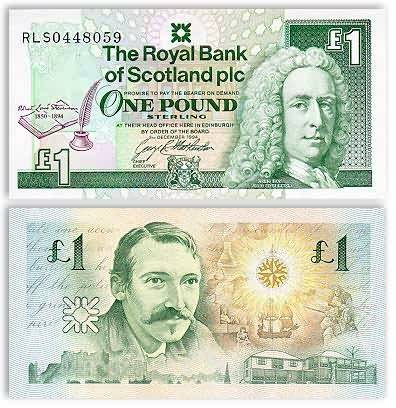 The Scottish currency question is in the news again as Alex Salmond insists that an independent Scotland would use the pound "come what may". At Forbes, Tim Worstall and I both look at what this might mean in practice. But we have slightly different views....


"My colleague Tim Worstall argues correctly that an independent Scotland would still be able to use the pound if it chose. Just as the US has no power to prevent Panama, Ecuador and even Zimbabwe using the US dollar as their currency, so the remainder of the UK would have no power to prevent an independent Scotland using the pound. But equally, independent Scotland using the UK pound as its currency without any form of monetary union with the UK would have no control whatsoever over monetary policy. In Zimbabwe this is a good thing, since the last thing anyone wants is the government to have any control of monetary policy. But Scotland is not Zimbabwe: the whole point of the independence campaign is that Scotland should be able to manage its own economy. Using another country’s currency is dependence, not independence.