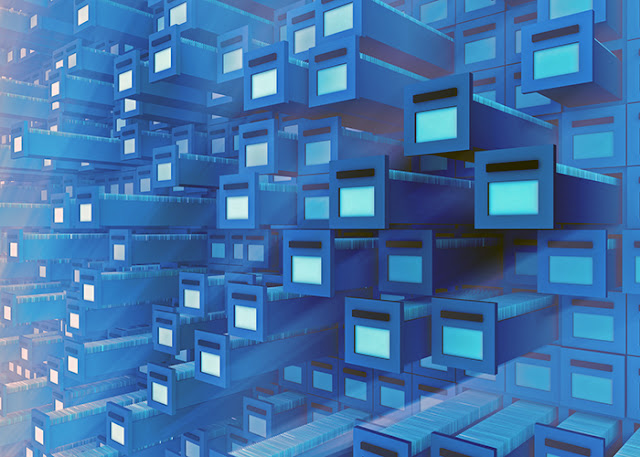 The video blogger Crypto Eri (@sentosumosaba) thinks she has evidence that the American Bankers' Association (ABA) wants the Federal Reserve to adopt Ripple/XRP as its cross-border settlement system. She has found a letter from the ABA which makes three requests to facilitate faster interbank settlement:
Hey hey everybody, this looks just like Ripple's bag, doesn't it? "You are going to see how perfectly matched XRP is to meet their request," she says.

I've tracked down the ABA's letter to which she refers. It responds to a Federal Reserve request for comment on proposals for actions to support interbank settlement of Faster Payments. Faster Payments are domestic online and automated payments, not cross-border payments in foreign currencies. A bridging currency such as XRP is completely unnecessary for domestic payments. Indeed, it adds complexity and FX risk. I fear Crypto Eri - not for the first time - did not understand what she was reading.

The letter is nevertheless extremely interesting. The Federal Reserve's request for comment highlights two particular actions that the Federal Reserve is considering to bring about faster clearing of domestic dollar payments:


1) the development of a service for real-time interbank settlement of faster payments 24 hours a day, seven days a week, 365 days a year (24x7x365)

2) the creation of a liquidity management tool that would enable transfers between Federal Reserve accounts on a 24x7x365 basis to support services for real-time interbank settlement of faster payments, regardless of whether those services are provided by the private sector or the Federal Reserve Banks.

British readers may be astonished to learn that US residents don't universally have instantaneous settlement of dollar payments. UK residents have had this for sterling payments since 2008. Hey-ho, America's banking system always was a bit primitive....

However, America is gradually bringing itself up to date. The ABA notes that the US now has a Faster Payments service for dollar payments of $25,000 or less, though it isn't yet fully rolled out:


A key backdrop for these discussions is the existence of The Clearing House’s (TCH) Real Time Payments (RTP) product, a not-for-profit and bank-owned system that charges the same fees to all financial institutions, provides no volume discounts, and operates with a cost recovery model not designed to benefit one FI over another.

TCH's RTP was launched in November 2017 and currently reaches about 50% of US dollar transaction accounts. Here's what TCH itself says about its RTP product:


Financial institutions are using the new RTP network to clear and settle payments in real time. The RTP network works in the background, underpinning a financial institution's customer facing systems for services such as bill payment, cash management, P2P, and emergency disbursements, just to name a few. The Clearing House is working with providers of core processing and payment services, bankers banks, and corporate credit unions to ensure that every financial institution in the U.S. has an easy way to access the RTP network by 2020.

So by 2020, all US residents should be able to settle dollar payments across TCH RTP in real time. Welcome to the 21st century, America.

Competition is always good, so the fact that TCH is moving ahead fast with universal real-time dollar payments is not a reason not to extend Fedwire. However, the ABA warns that if the Fed doesn't get a move on, TCH RTP will be fully rolled out before the Fed's system comes on board, which would create huge complications for partner banks. And the ABA also raises concerns about interoperability of the Fed's proposed system with TCH RTP:

Crypto Eri misinterprets this as a call for the Fed to adopt a universal settlement platform such as, surprise surprise, Ripple/XRP. Er, no. This is about ensuring that any extension to Fedwire is interoperable with TCH RTP, and also with ACH, which is slowly and clunkily moving towards same-day settlement. The Fed already has an RTP platform for dollar payments: the issue is restricted access for smaller banks and high fees for smaller payments. Why on earth would it adopt a completely different one using an unnecessary bridging currency that is 60% owned by a private company?

This mistake is bad enough. But Eri's error over the liquidity management tool is far worse.

When Fedwire is open, banks can top up the TCH RTP balance account whenever they need to.  But when Fedwire is closed, outgoing Faster Payments can eat up all the funds available in the TCH RTP account, forcing Faster Payments to stop. To prevent this, banks can transfer large amounts of dollars from their reserve accounts to the TCH RTP account ahead of Fedwire closure. But doing so is a cost to them. Reserve accounts earn interest, as do nostro/vostro accounts for international payments. TCH RTP pre-funding doesn't, since it is a payment not a deposit (see the definition in the Operating Rules). And unlike nostro/vostro accounts, unused TCH RTP pre-funding can't be withdrawn or lent out for a spread. It can only be run down through outgoing payments. Thus, banks can end up with large amounts of dollars "trapped" in the TCH RTP account.

The ABA wants the Fed to create a liquidity management tool that would enable banks to draw funds from their reserve accounts when Fedwire is closed. This would enable them to keep TCH RTP balances above the minimum at all times without locking up large amounts of dollars.

Ripple's XRP is not a substitute for this liquidity tool. All payments in dollars, except for those made using physical currency, involve movements in bank reserve accounts at the Fed. This applies wherever in the world those payments are made. XRP cannot disintermediate the Fed.

It is not possible for banks to make payments, whether domestic or foreign, without recording reserve movements. To do so would violate accounting rules. If XRP were used for a domestic currency payment, the outgoing bank would still have to transfer reserves to the recipient bank. It would just do so using two wholly unnecessary FX transactions. Similarly, if XRP were used for interbank foreign currency payments, the sending bank would still have to record a reduction in its own-currency reserves and the receiving bank would still have to record an increase in its own-currency reserves. Thus the cryptocurrency exchanges responsible for converting fiat to XRP and back again would either have to be banks themselves, like CLS, or have associated settlement banks with reserve accounts. It is all looking rather sketchy, isn't it?

None of this ever gets discussed by Ripple/XRP enthusiasts. They only ever seem to discuss the customer side of payments accounting. I wonder if they even know anything about reserve accounting.

No doubt Crypto Eri and her kind will continue to insist that I know nothing about money, banks or payments. But I hope other readers of this blog will take this post seriously. I am not paid to write it and I have no financial interest in talking down XRP. I simply aim to inform, and where necessary, debunk.

There is no such thing as dormant funds in banking - Forbes


Image from The Clearing House.
payments Ripple US dollar XRP