Shut down the ratings agencies 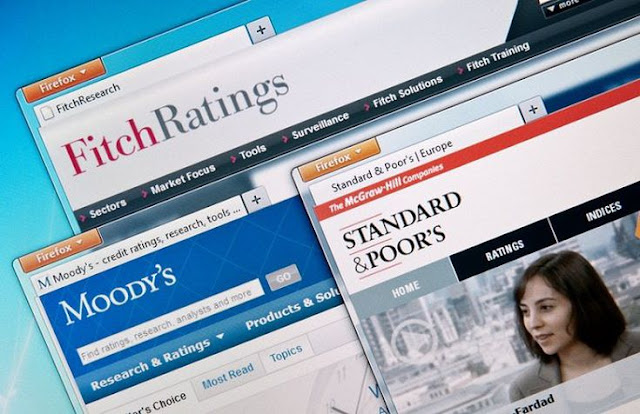 Remember Friday Night Is Downgrade Night, from the Eurozone crisis? It's back. Last night, Fitch Ratings downgraded the UK to AA-, negative outlook. Here's their rationale:


The downgrade reflects a significant weakening of the UK's public finances caused by the impact of the COVID-19 outbreak and a fiscal loosening stance that was instigated before the scale of the crisis became apparent. The downgrade also reflects the deep near-term damage to the UK economy caused by the coronavirus outbreak and the lingering uncertainty regarding the post-Brexit UK-EU trade relationship. The commensurate and necessary policy response to contain the COVID-19 outbreak will result in a sharp rise in general government deficit and debt ratios, leading to an acceleration in the deterioration of public finance metrics over the medium term.

The Negative Outlook reflects our view that reversing the deterioration in the fiscal metrics beyond 2020 will not be a political priority for the UK government. Moreover, uncertainty around the future trade relationship with the EU could constrain the strength of the post-crisis economic recovery.

For some reason, Fitch thinks that making it more expensive for the UK to finance the necessary fiscal expansion to survive the virus without destroying the economy is a good idea. Presumably it will apply the same logic to other sovereigns in due course. The UK, of course, is a major reserve currency issuer, and its central bank has already indicated that it will do everything necessary to support the Government's actions. But other sovereigns don't have this security.

I well remember the cascading downgrades that wrecked the economy of Greece and frightened other sovereigns, including the UK, into imposing unnecessary and harmful austerity - austerity that is in large measure the reason why we are so ill-prepared now for this pandemic. The message from Fitch is clear. It is threatening sovereigns with a repetition of those cascading downgrades if they dare to spend the money needed to deal with a public health crisis.

Fitch is not the only one. Simultaneously, Moody's downgraded South Africa, on similar grounds. Moody's is also on a mission to downgrade corporate and institutional debt. Swathes of it. Including, for heaven's sake, hospitals: 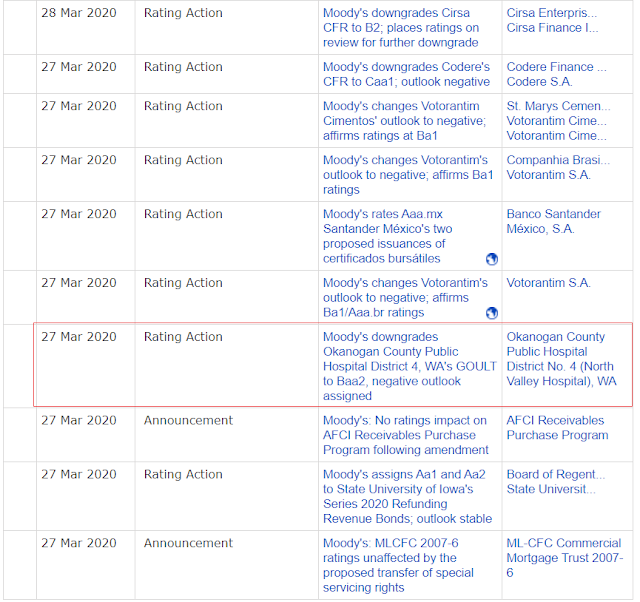 Downgrading a hospital in the middle of a pandemic is downright immoral. And how in God's name it is sensible to make corporations whose cash flows are evaporating pay more for their debt is beyond me. Have these agencies no sense?

To be fair, we already knew they had no sense and no morals. After all, before the last crisis, they were paid to misprice the risks of toxic securities. And since that crisis, they have forced countries to shred safety nets, underfund healthcare systems, and leave millions without the means to survive a sudden economic collapse. They are the architects of this disaster, just as they were of the previous one.

These ghouls serve no useful social purpose. Shut them down now, before they do any more damage.