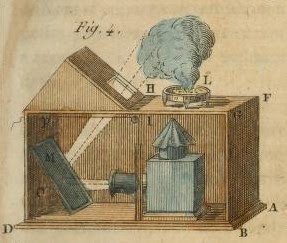 Here is a Public Service Announcement.

Since @Galgitron, who I think is certifiably insane, has called for the XRP Army to deprive me of income by spamming the adverts on Forbes, I have decided to write future posts about XRP here on Coppola Comment. Moving to Coppola Comment negates accusations that I make money from posting what Ripplers call "FUD" on Forbes. Coppola Comment is widely read, but certainly doesn't have the reach of Forbes. There are no adverts here and I don't get paid for writing on my own blog.

I can, however, write freely and say what I really think. And I will. I have taken so much abuse from XRP supporters now that I am distinctly uninterested in soothing their aggrieved egos with gentle words. If they behave like disgusting rabid hyenas, that is what I will call them. The same applies to the other social media harpies that descend whenever I say something that ruffles their delicate feathers.

To those who allege that I accept money from Bitcoin maximalists to undermine XRP, I can only say - read this. Maximalists hate me just as much as the XRP Army does, and for the same reasons. No-one makes people so angry as the person who shows them that their dreams of becoming fantastically rich when their coin takes over the world are built on sand.

Also, a reminder that comments are not moderated, but my comments policy is clearly stated on the "About this blog" page and I delete comments that do not comply.

One of the few XRP wolves I haven't blocked or muted has sent me a link to this post from the cryptocurrency blogger Alex Cobb. The sensational headline to Cobb's post suggests that my bearish view of Ripple’s xRapid and its token XRP might be mistaken. “50 Banks Now Leveraging XRP On R3’s Corda Settler,” it proclaims. “Suck it up,” said my unfriendly contact. Charming.


The background to this is the recent announcement by R3 that XRP would be the first digital asset supported by R3’s Corda Settler universal settlement protocol. It won’t be the last, but Ripple is unsurprisingly leveraging its first mover advantage. While XRP remains the only token Corda Settler can process, Ripple supporters can legitimately claim that anyone who signs up to use Corda Settler is also signing up for XRP. I imagine R3 might want to bring this distorted state of affairs to an end quite quickly.

Cobb's post concerns a company called Instimatch Global. According to Cobb, "Instimatch Global is an R3 partner who is using one of Corda’s Decentralized Applications, also known as a DApp, Which allows banks to make high-speed intraday trades, and offers an alternative to voice broking and replaces the previous centralized database version." Really, Alex? All that, in one decentralized application? Surely not.

Absolutely not. Dear Alex hasn't a clue what Instimatch is doing. This is not surprising, since Instimatch is working in institutional money markets, which is hardly Alex's field of expertise. He's read and entirely misunderstood Instimatch's announcement.

This is the full text of Instimatch's announcement on R3's site:


Inter-bank trading in Intraday markets is made possible with our trading interface. Coupling the DApp with the latest settlement API (R3 Settler/XRP), we are able to offer the high speed of payments necessary for execution of INTRADAY trades. Our money market offering in R3 Corda is a highly secure, GDPR compliant DApp allowing Banks, Family offices, Corporations, Utilities etc. to exchange liquidity amongst each other. This DApp offers the modern alternative to voice broking and replaces our present, centralized database version which has seen a volume of over 1 Billion USD equivalent and 50 Banks are on-boarded.

And this is how dear Alex has interpreted it:


The last version saw volume of over a hundred billion US dollars and fifty banks are currently on board in on this decentralized application and they are now going to be using the Corda Settler to settle transactions and the only settlement mechanism on Corda Settler at the moment is XRP therefore R3 brought fifty Banks into the XRP ecosystem through their decentralized application.

I howled with laughter. In Alex's hands, $1bn has become $100bn. Remarkable expansion for a tiny fintech.

Not only that, but the 50 banks that are signed up for the current version of the fintech's platform are miraculously "on-board" in the Dapp, and they are all going to be using Corda Settler for settlement. Ergo, 50 banks will be using XRP to settle transactions. XRP to the Moon!

Umm, no. "R3 brought 50 banks into the XRP ecosystem" is an illusion. But to understand why, we need to find out more about Instimatch and its clients.

A look at its website reveals that Instimatch is a Switzerland-based peer-to-peer lender for institutional money market participants. In an interview in October 2018, Instimatch's CEO said that it was building an unsecured money market trading platform for institutional treasurers. "The idea stems from the financial crisis," he said. "When liquidity collapsed between banks, our founder Hugh Macmillen felt that he wanted to build a platform where on a greater scale he could onboard institutional treasurers, be it from banks, corporates, asset managers, money markets funds, larger family offices, etc."

The unsecured institutional lending market has all but dried up since the financial crisis, so perhaps there is unmet demand into which Instimatch can tap. But secured lending markets have largely replaced unsecured. In these days of Basel III solvency and liquidity requirements, how much demand for unsecured wholesale lending is there, really? Instimatch's unsecured offering doesn't seem to have exactly taken off, so far: $1bn is tiny compared to the scale of lending on European money markets.

Instimatch says it offers funding in Swiss francs, Euros and U.S. dollars, and claims that its Request-for-Quote facility, which will be live on the platform "shortly," will enable potential borrowers to address funding requests to a "pre-selected group of lenders." Presumably, the 50 banks "on-boarded" in the existing Instimatch system include these lenders.

But there is something slightly odd here. The announcement talks about "inter-bank trading in intraday markets." Intraday liquidity is a risk for banks: as they become better at forecasting operational cash flows and hold more easily-mobilised liquidity reserves the risk is diminishing, but it will never entirely disappear. And institutional money markets don't really offer an intraday borrowing facility. So there could be a demand for intraday inter-bank lending settled instantly over Corda Settler. But that is not what Instimatch currently offers. The funding offered through Instimatch's existing system is much longer-term - unsecured money market loans with maturities of less than 12 months, and promissory notes for maturities of 12 months and over. Do Instimatch's signed-up lenders really want to lend intraday to other banks?

The sense of something being slightly odd continues later in the announcement. Institutional money market trading has historically been dominated by voice broking, though Mifid II is dragging voice brokers kicking and screaming into the electronic age. It's reasonable for Instimatch's institutional dating agency to offer an electronic trading service for its clients, but what on earth does this have to do with Corda Settler?

Instimatch's announcement says that the Dapp will replace its existing centralized system. But the Dapp appears to do something rather different from the existing system. Is "replace" really the right word?

Also, what if the clients don't want to settle using XRP? After all, XRP introduces FX and counterparty risk to what should be straightforward single-currency transactions, because XRP is a traded instrument and the two XRP transactions currently required to settle through Corda Settler take place on unregulated crypto exchanges - see R3's explanatory video. Crypto exchanges can and do fail, leaving people significantly out of pocket. Why would Instimatch's clients prefer to use this somewhat risky payment route rather than Instimatch's settlement bank, or even their own payment rails?

I suspect that, far from simply moving its existing business to a Dapp, Instimatch is actually trying to enter the interbank liquidity market. If so, then it really is premature to claim that Instimatch's 50 banks will all use XRP. It's entirely possible that none of them will. Indeed, it may have no clients at all in this market.

The likes of Alex are quick to take announcements like Instimatch's as signs that XRP will take over the world. But plans for world domination can evaporate like the morning mist in the harsh light of reality. They really should stop and think, and do some research, before buying those Lambos.