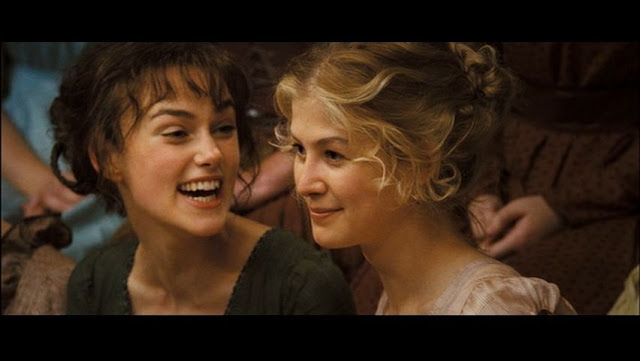 “Will you tell me how long you have loved him?” asks Jane Bennet, on receiving the astonishing news that her sister Elizabeth is to marry Darcy, the rich aristocrat she used to hate.

“It has been coming on so gradually, that I hardly know when it began,” replies Elizabeth. “But I believe I must date it from my first seeing his beautiful grounds at Pemberley.”

This is from the end of Jane Austen’s Pride and Prejudice. Austen is lampooning the British 19th century marriage market, in which women (and men) pretended to “fall in love” when in fact they were marrying for money. But for cynics like me, such a remarkable conversion has echoes in the 21st century. When someone suddenly becomes an ardent supporter of an ideology they had previously - equally ardently - opposed, always follow the money.

So, to Sir James Dyson, inventor of cyclone-technology vacuum cleaners and ardent Brexiteer. Sir James is frequently heard expounding his hardline Brexit views on the BBC, which is struggling to find pro-Brexit voices among the UK’s business leaders. Here he is, on the BBC’s Andrew Marr show, claiming that Brexit creates a “fantastic opportunity outside Europe” for the UK:


Ah, look, there’s fantastic opportunity outside Europe. There’s opportunity within Europe, but Europe is the slowest-growing area in the world. All the other areas are much faster-growing, and I think 90 per cent of future growth will come outside the EU.

No-one has ever said that being in the EU prevents manufacturers seizing opportunities outside Europe. Indeed, European countries export all over the world. Why is Brexit necessary for British manufacturers to benefit from fast growth elsewhere?

Sir James has not always held this opinion. In 2000, he claimed not only that Britain’s future is in the EU, but that it would be “suicidal” for Britain not to join the Euro. “Why should we go on exporting at a loss?” he said. “We're facing unfair competition.”

“Unfair competition”, it seems, meant a strong pound. Dyson didn’t like the export disadvantage he faced due to the Euro’s weakness at that time. So he threatened to move production to Malaysia if Britain didn’t join the Euro.

Fortunately, the UK government did not give in to his threats. Britain did not join the Euro. And two years later, Dyson moved production of his vacuum cleaners to Malaysia, with the loss of 590 jobs in the UK.

Though by then, the Euro had little to do with his decision. What attracted him were the much lower labour costs in Malaysia. He put up a good story, of course, claiming that he “agonised” over the decision. And he blamed international competition:


No one could have tried harder to make it work in Britain. I feel very sad but we are minnows in comparison with our multinational competitors and we need to make substantial savings to take them on.

Really, Sir James? How come Numatic, the manufacturer of the iconic Henry range of vacuum cleaners, hasn’t found it necessary to offshore its production, even though their vacuum cleaners are significantly cheaper than yours?

Anyway, he moved production to Malaysia to cut costs. And that’s when the lying began. He told his workforce that production of washing machines would remain in the UK. But less than a year later, he moved production of washing machines to Malaysia, with the loss of a further 65 jobs in the UK. Union leaders at the time lampooned Dyson by singing Britney Spears’ number “Oops I did it again”. One commented, “This latest export of jobs by Dyson is confirmation that his motive is making even greater profit at the expense of UK manufacturing and his loyal workforce.”

He was absolutely right. Shortly afterwards, Dyson – sole owner of his company - celebrated a large increase in profits from offshoring his production to Malaysia. And in an extraordinary piece of doublethink, he claimed that although lower-skilled people had lost their jobs, that didn’t matter because the R&D department in the UK was employing more higher-skilled people, which was what the UK government wanted:


We employ 1,300 at Malmesbury - engineers, scientists and people running the business. The decision to shift production to Malaysia was not good for Britain in one sense because we don't employ manual labour any more.

But we are taking on more [people] at higher pay rates and more value-added levels and that's what Patricia Hewitt is always asking us to do.

[Patricia Hewitt was then Secretary of State for Trade and Industry]

Tell that to the 655 people who lost their jobs so you could have higher profits, Sir James. And don't give me that stuff about "we might not have survived if we hadn't moved production to Malaysia". Henry is alive and flourishing, after all.

Nowadays, Sir James Dyson’s entire manufacturing output comes from the Far East. The UK government has tried to persuade Sir James to manufacture new products in the UK, to no avail. In 2016, leaked government documents revealed that Dyson was working on developing an electric car with help from UK public funds. But in the Andrew Marr interview, Dyson refused to commit to developing the car in the UK:


We’re going to make it ourselves. Whether we make it here or in – somewhere in the Far East or wherever. We haven’t decided yet. But it’s really about component supply and skills.

It could not be clearer. Dyson is not a UK manufacturer. He has no commitment to the UK whatsoever.

However, this doesn’t really explain his Road to Damascus conversion. When did that happen – and why?

Henry Mance in the FT thinks he has the explanation. “[Dyson’s] opposition to the EU first emerged in September 2014, days after new standards on the labelling of vacuum cleaners,” he says. And he continues:


Dyson challenged the new standards in the EU courts, claiming that they discriminated unfairly against his machines. But the court threw out the challenge, saying Dyson had “failed to demonstrate that there were more reliable, accurate and reproducible tests”.

But hang on. Leaving the EU would not change the legal decision, would it?

No, it wouldn’t. “Even if Britain exits the EU, Dyson will continue to have to comply with the regulation if it wishes to sell its products on the continent,” says Mance. Sour grapes, Sir James?

Sir James’s response to Henry Mance certainly sounds like it:


As someone who has had to deal with European bodies, and the impact of their protectionist laws and regulations, over the past 25 years, I can confirm that we have no influence whatsoever in their shaping.

Translation: “the EU won’t do what I want”. Of course, there is no guarantee that a UK government would do what he wants, either. But in Dyson’s eyes, the price for not doing so might be high.

Recently, Dyson opened an R&D facility in Singapore. He also opened a new facility in the UK, but his long-term plan appears to be to turn his UK facilities into a technology university. Given that all his manufacturing is in Malaysia, training up engineers in the UK to transfer them to Singapore could make strategic sense.

Dyson makes no secret of his admiration for Singapore, and his desire for the UK to become more like Singapore. It is hard not to conclude that if the UK does not adopt a Singapore business model after Brexit, as he has proposed, he will remove his R&D facilities from the UK, just as previously he used the UK's failure to join the Euro as an excuse to remove his production from the UK. Those hoping for long-term engineering jobs in the UK might like to remember the fate of those who hoped for long-term production jobs in the UK.

But deregulation and zero corporate taxes are not all that Dyson wants. Dear me, no. He is also a big supporter of subsidies and tax breaks. But not for vacuum cleaner manufacturers so much as farmers.

Why farmers? That is easy. Dyson has sunk much of his wealth into UK farmland. In 2016, his farming business received £1.6m in farm subsidies from the EU, the largest payment in the UK. So this ardent Brexiteer stands to lose a lot of money from Brexit. Unsurprisingly, therefore, he is lobbying hard for the UK government to continue to subsidise farmers after Brexit.

So perhaps we can now see why Dyson fell in love with Brexit. Not the beautiful grounds of Pemberley, so much as the beautiful prospect of persuading the UK government to cut his corporation tax to zero, cut his labour costs to Malaysian levels, craft regulation to benefit his business, and pay him millions of pounds in farm subsidies.

I sincerely hope the UK government does not give in to this blatant profiteering. And I would really, really like the BBC to stop giving this Malaysian manufacturer and UK rent-seeker air time.

Image is a still from the film "Pride and Prejudice", showing Elizabeth (left) and Jane (right).
Brexit manufacturing UK