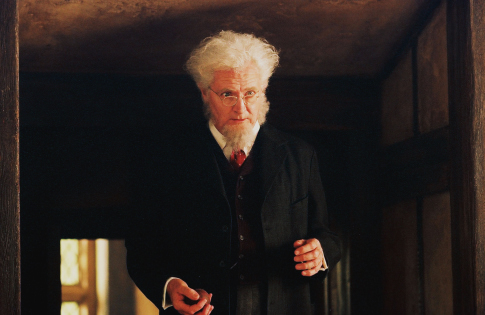 “What do they teach them at these schools?” wondered the Professor in C.S. Lewis's The Lion, the Witch and the Wardrobe.

The Professor, of course, was concerned about logic. But I wonder too - not about logic, but about maths. Especially among journalists writing about life expectancy and other long-term trends.

Here is the FT proclaiming "Average life expectancy falls". This is the headline for a chirpy piece about how reduced life expectancy could make things easier for pension funds facing big deficits.

There's only one problem with this. Life expectancy isn't falling. And the report the FT cites does not say that it is.

This is how the press release from the Institute and Faculty of Actuaries summarises the findings of their report:

So, till 2011, life expectancy was increasing at quite a clip. It is now still increasing, but at a slower rate. It is not falling. A fall in the rate of change of a variable is not the same as a fall in the variable itself.

To give an everyday example, if you take your foot off the accelerator in your car, it keeps going forward at a slower pace. It does not suddenly start going backwards. Or, if you prefer an economic example, if annual inflation falls to 1% from 2%, prices are still rising, but by 1% per annum instead of 2%. Only if inflation becomes negative do prices fall. So our life expectancy rate of change would have to turn negative for life expectancy actually to be falling. It is not negative, so therefore life expectancy is still increasing.*

I spent long hours on Twitter and Facebook trying to explain this to people, to no avail. I was presented with numerous articles, most of them repeating the same error. Never mind the fact that life expectancy is actually rising, all we need is Robert Peston to say that it is not, and the whole world is convinced. Fake news, entirely caused by the fact that some journalists don't understand rates of change.

To be sure, unless you are a subscriber, you can't look at the Institute and Faculty of Actuaries' model or its data. So I could be wrong, couldn't I? After all, we all know about me and maths. Maybe I have got this totally wrong and life expectancy really is falling.

Well, if I have, the Institute and Faculty of Actuaries has got it wrong too. They have helpfully produced a public executive summary of the working paper containing the numerical results from the new model. This is what the summary says about the results:

So it is not just that mortality improvement outturns are lower than previous forecasts, which flattens the trend slope relative to expectations (the IMF is an expert at this type of forecasting, especially in relation to growth predictions for Greece). It is also that the model itself has changed, so the forecasts are derived slightly differently from the data. Comparing the 2015 and 2016 forecasts is therefore a work of art as much as science.

Wait, wait.....didn't I say that if the rate of change was negative, life expectancy was falling?

No, that is not what this means. So far, we have been discussing the first derivative - the rate of change. Now, we have moved on to the second derivative - the rate of rate of change. Until 2004/2006, the rate of improvement in life expectancy was accelerating. There was a turning point in 2004/2006, and now it is decelerating. Life expectancy is still rising, but the rate at which it is rising is slowing down. If the current deceleration continues it may grind to a halt, or even turn negative. But we aren't there yet.

Now you are going to tell me I really am wrong. Look, it even says "falls in life expectancy"!

The FT has helpfully calculated some real figures for us from these percentages:

The average life expectancy of men and women at the age of 65 has dropped in the past three years, according to research. Updated projections from the Institute and Faculty of Actuaries, based on death statistics from the Office for National Statistics, suggest that men aged 65 will now live another 22.2 years, down from 22.8 years in 2013. Women aged 65 will now live for a further 24.1 years, down from 25.1 years in 2013.

So, people now aged 65 will die younger than people who were 65 in 2014. That's falling life expectancy. Coppola, you really can't do maths.

Sadly, the FT writer has misunderstood the percentages. The comparison is to the previous forecast. It has nothing to do with real people. Three years ago, the version of the model then in use forecast that a man aged 65 would live on average for another 22.8 years, and a woman aged 65 would live on average for another 25.1 years. Now, the new model has downgraded the forecast for the same hypothetical people. It does not mean that real people reaching 65 now will die younger than real people who reached 65 three years ago. They won't. They will on average live slightly longer, because life expectancy is still rising. They just aren't going to live quite as much longer as they would have done if the forecast from three years ago still held.

And just in case you still don't get it, here is the conclusion reached by the estimable Marmot Review in July 2017 from the same set of ONS data:

However, that is a very considerable slowdown, particularly for women. Professor Marmot himself describes it as a "cause for alarm":


Something has happened to slow health improvement in the UK. It is entirely reasonable to think that health just gets better and better. Indeed, over the last century, in the UK, life expectancy showed a steady increase: about 1 year every 3.5 years in men; about 1 year every 5 years in women. As you think about it, such improvement is quite remarkable: every 24 hours male life expectancy increased nearly 7 hours. Since 2010, this rate of increase has halved. Indeed, the increase has more or less ground to a halt.

And he goes on to discuss a number of potential reasons for this remarkable fall off in the rate of mortality improvement, including regional inequality, rising income poverty and - particularly - underfunding of health and social care for the elderly. Mortality improvement has actually stalled completely for over-75s.

I do not wish to minimise the impact of this report. To my mind, such a dramatic change of direction in mortality improvement since 2011 is extremely worrying. But it does not mean that those now in their 60s will live less long than those now in their 70s. They will on average live longer.

Those who would use these mortality trend statistics as ammunition in their battle for earlier state pensions for older people are barking up the wrong tree. These statistics do not in any way justify halting the women's state pension age rise to 65, or the rise to 66 and 67 for both sexes. Men and women now approaching 65 will on average live significantly longer than men and women who reached 65 even ten years ago. That applies across all regions of the UK: although there is regional variation in longevity, the trend has been upwards everywhere.

It is younger, not older, people whose potential state pension age rises might have to be halted unless the rate of improvement of mortality turns significantly more positive. For the whole point of rates of change is that they make a difference in the future, not the present. If those who are now in their thirties will only live a very little time longer than those who are now in their 60s, raising their state pension age to 70 or more would mean them receiving materially lower state pensions than those retiring now. Yet since birth rates are at or below replacement rate, and - even if longevity increases tail off - the pensioner population is set to grow because of baby boomers retiring, sustainability of future pensions in part depends on continually rising state pension ages for future generations.

The rate of change of mortality improvement therefore does matter for pension policy. We need to understand why it is deteriorating so much, and perhaps rethink the approach to funding pensions in the future. But the deteriorating mortality outlook does not mean there is any need to change pension policy for those men and women who are close to retirement now. For the sake of future generations, state pension age rises for those born in the 1950s, 60s and - probably - the 70s must stand.


* In the USA, life expectancy really is falling among low and middle income white people. Angus Deaton and Anne Case have produced research papers about this which make harrowing reading. It is a story of creeping destitution, despair and avoidable death about which the USA should be ashamed. I have linked their papers in Related Reading for reference.

Image of Jim Broadbent as Professor Digory Kirke in the film "The Lion, the Witch and the Wardrobe" from Wikipedia.
death life mathematics pensions public spending