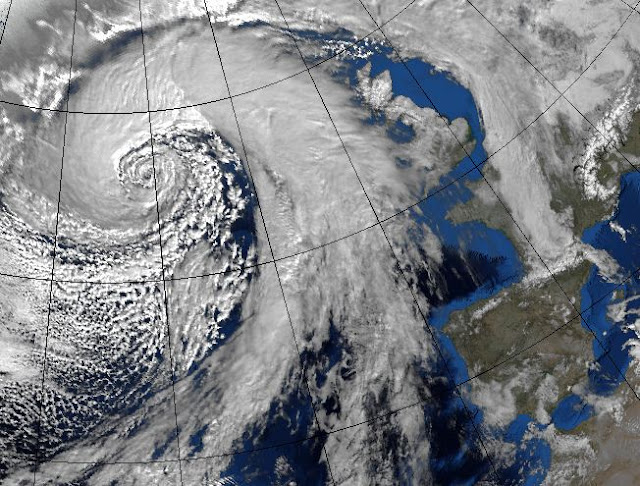 A year ago, I attempted to look beyond the shock of the Brexit vote and its associated economic disruption, and see into the distant future. I saw a completely different political paradigm, though I could not discern its shape. And I saw a possibility that, like Hong Kong in 1997, the fears of economic disaster would prove baseless, and Britain would have a bright future, though one which I could not imagine. I called on everyone to try to make Brexit work:


Not for a long time has the future been so uncertain. In the short-term, there will be pain. But in the longer-term, the future could be exciting. I did not vote for this, but this is what my compatriots chose, and I accept their decision. So this is what we - collectively - have chosen. Now we must embrace it, fully. For only by committing to our post-Brexit world can we have any hope of making it work. While we hanker after the past, and try to find ways of hanging on to it, we remain condemned to a stagnant future. Risk is life. Let's take some risk.

Since I wrote that, the world has been turned upside down. Britain is in a deep political crisis which started the day after the Brexit vote and shows no sign of ending. America, too, is in political crisis, with a President whose grasp of reality appears ever more fragile and whose personal conduct and business dealings expose him to impeachment, and an administration whose main protagonists are suspected of treasonous dealings with a foreign hostile power.

It is now clear that Brexit was merely the first sign of a coming storm. That storm now rages all over the Anglosphere.

It is no surprise that the epicentre of this storm rests somewhere over the Atlantic. That was the epicentre of the financial storm which gave birth to this political storm. Nearly ten years of depression and austerity have ended with a revolution on both sides of the Atlantic. Though it is as yet an incomplete revolution: in both countries, public anger is focused not on the real culprits, but on the "other". In America, public anger is driven by a whipped up perception that America is "losing out" to China and Mexico. In Britain, public anger is driven by an equally whipped up perception that Britain is "losing out" to the rest of the EU. In both countries, immigrants, refugees and "foreigners" in general are scapegoated.

The EU appears secure for now, and its economic outlook looks brighter than for some years. But President Macron's victory fundamentally changes the political landscape in France, and there may be other political shocks to come in Germany and Italy. And there are earthquakes happening all along the Eastern Europe faultline. Hungary and Poland now have illiberal governments that have already fallen foul of EU rules: how much longer Hungary can escape suspension from the EU because of its persistent denial of human rights is an open question. There will in due course be a revolution in the EU, too. We should remember that after the financial crisis, the Eurozone appeared more stable than the Anglosphere, yet only four years later it was itself in deep crisis and facing the possibility of breakup. Financial storms are always followed by political storms. Europe's storm is yet to come.

But it is the current storm that should worry us all. Political behaviour in the Anglosphere is becoming increasingly belligerent towards allies and trade partners, as cooperation is replaced with isolationism and antagonism. President Trump is overturning trade agreements all around the world, and apparently intends to start a trade war with steel producers. And as I write, the UK has gone far beyond Brexit, announcing its intention to withdraw from the London Fisheries Convention - which long pre-dates the EU - and establish its own sea borders, which presumably will require military policing. Military policing, to keep out the fishing vessels of the UK's closest neighbours and allies. Surely this is not what the British people voted for?

No. It is not. They did not vote for antagonism towards our neighbours and the prospect of trade wars. They voted for higher wages, good jobs and comprehensive public services. They voted for prosperity, for themselves and - even more - for their children and grandchildren.

They were told that leaving the EU - "taking back control" - would deliver the golden future of which they dream. But they were sold a lie. Every day, the damage that Brexit will do to our complex tapestry of local and international relationships becomes more evident.

Briefly, I promoted the lie. I accepted the referendum result, and agreed to the Brexiteers' demand that everyone "pull together" to make Brexit work. But since then, I have found it increasingly hard to write. Because I sold my soul, I lost my voice. I cannot write what I do not believe.

Brexit is bad. It will always be bad. There is no version of Brexit that can ever be anything but bad. The people who overwhelmingly voted for Brexit will not suffer much, because they are old and relatively insulated: but Brexit is incredibly destructive for the young.

For the sake of my children, and their future children, I recant and return to the true faith. The vote was never about the EU. It is about the appalling dysfunction of British politics, and the economic paradigm that has imposed misery on millions. It was the inevitable consequence of nearly ten years of depression and austerity inflicted on a population as punishment for a financial crisis not of their making. Ultimately, the Brexit vote was, as ever, about banks.

The EU, of course, is an exponent of the same economic paradigm, so it is perhaps understandable that it was the target of the British people's anger. But it is not fundamentally the cause of their pain. That is thirty years of UK government policies that have favoured the rich at the expense of the poor, the weak the sick, the disabled. It is this, not the EU, that we should reject. The EU will follow, in due course: that is the shape that its own storm must take.

But we seem to have painted ourselves into a corner. Even though the inconclusive election in June stripped away the layers of lies and exposed people's real concerns, Brexit is what people voted for, so Brexit is what they will get. Brexit ideologues rule the roost, and the rare voices of sanity - such as Philip Hammond's reminder that people didn't vote to be poorer - are drowned out by shrieks of"Brexit means Brexit". No-one has the guts to say to the British people, "This wasn't what you meant, was it?". No, we will go ahead with Brexit, even though it is already squeezing incomes, destroying jobs and threatening public services, and there is far more pain to come.

We are intent on ripping our tapestry to shreds in the search for some kind of dream - some Camelot down to which we can float once we have "taken back control" of our lives. But the tapestry IS our lives, and those of our children. The gaping holes we will tear can probably be repaired - eventually - though the scars will remain forever. But how many lives will be wrecked by this wanton destruction?

If Brexit is bad, the situation in America is infinitely worse. "Make America Great Again" is an even greater lie than "Take Back Control". Britain, by pursuing a path of antagonism and isolation, is destroying its closest relationships and even threatening its own integrity. But it is no longer capable of threatening the peace and stability of the whole world. In contrast, America, far from making itself great again, seems hell-bent on leading the world into a dark age. Not only is it picking fights with all of its trade partners, including its nearest neighbours, it is ripping away its own thin veneer of civilisation. Intellectual elites are being sidelined, replaced by voodoo science and economic shamanism. Right-wing partisan press outlets are being favoured over mainstream press. The rights of women and minorities are being attacked: access to healthcare for ordinary Americans is about to be systematically dismantled in order to give tax cuts to the rich.

This is not government for ordinary people, it is government by the 1% for the 1%. The rich are in the ascendant, and the poor will suffer.

And so must Trump and his acolytes. On both sides of the Atlantic, we need to complete our revolution. Camelot must die, and Excalibur be consigned to the depths of the lake, and government by the people, for the people be restored.