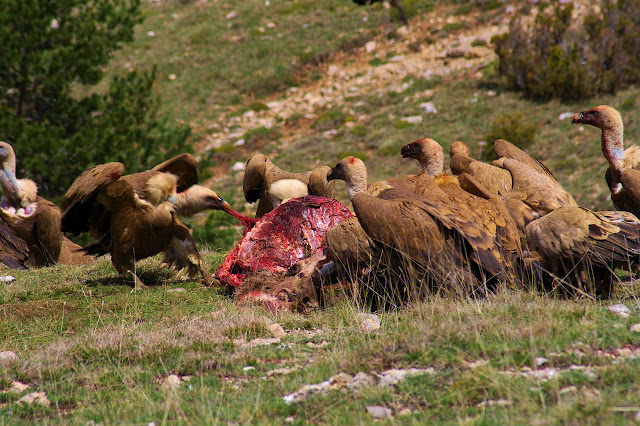 Rather to my surprise, the Co-Op Bank has had a reprieve - well, perhaps more like a stay of execution. Even more surprisingly, this has come from what many would regard as a most unlikely source. The American hedge funds that rescued the bank back in 2014 are about to rescue it again, with a little help from their friends and relatives. "Vulture funds" are behaving most unlike vultures.

Four months ago, the Co-Op Bank put itself up for sale. Unable to comply with the capital plan agreed with the Prudential Regulatory Authority, and apparently unable to persuade its hedge fund owners to cough up any more funds, it tried to find a "white knight" - ideally, a bank with deep pockets and an interest in UK high street banking. There appeared to be several potential buyers: the TSB, Virgin and CYBG, the owner of Yorkshire Bank and Clydesdale Bank, were all cited as possibilities. But in the end, no-one was willing to take it on. The deadline for the sale came and went, and there were no bids.

That is not to say there was no interest. To the contrary, as it became more likely that the bank would either break itself up or be resolved by the PRA, other lenders gathered like vultures, hoping to pick up packages of assets at a cheap price in the inevitable fire sale. Why would they want to take on the Co-Op's costs and debts, when they could pick the best morsels from the rotting corpse and leave the stinking remainder for the Co-Op Bank's shareholders and bondholders?

Some of the Co-Op Bank's current shareholders and bondholders realised what the other lenders were up to. They are not averse to a spot of corpse-picking themselves when the opportunity presents itself, but they don't like being on the receiving end. Faced with the prospect of losing their entire investment, they formed an "Ad Hoc Committee" (AHC) and thrashed out a rescue package.

It is amazing how well hedge funds will cooperate when it is in their interests to do so. The Co-Op Bank has not been owned by such a cooperative group for a long time. And the rescue package this "vultures' cooperative" has come up with looks pretty reasonable. It is even kind to small bondholders.

The rescue package proposed by the committee is in two parts:

For institutional investors, these notes will be replaced with an equivalent quantity of ordinary shares in a new holding company. However, some of the 2023 notes are owned by retail investors, mainly Co-Op Bank and Britannia customers who were sold the notes as a higher-yielding alternative to a savings account. For these people, compensation of up to 45% of the face value of the note will be available on holdings below £100,000, subject to a total compensation cap of £13.5m. This isn't a particularly generous offer, since they will still lose 55% of their investment, but for retail holders it is better than having their bonds converted to (currently worthless) shares.

Of course, this isn't enough. The Co-Op Bank needs £700m to meet capital requirements set by the PRA. So there will also be a rights issue. Participation in the rights issue will be open not only to existing shareholders, but also to the institutional investors whose holdings of Tier2 bonds will be converted to equity.

The rights issue is somewhat complicated by the proposal to create a new holding company. We can think of it as a final distribution of remaining share capital in the new company after all Tier2 bonds and existing Co-Op Bank shares have been cancelled and replaced with its shares. Assuming it is fully subscribed, the rights issue should raise an additional £250m of new CET1 capital.

The rescue package also includes resolution of the Co-Op Bank's pension scheme, which was one of the big sticking points for potential buyers. It will be split from the Co-Op Group's scheme, and the Bank's "last man standing" liability for the Group scheme will end. As the Co-Op Group will still have "last man standing" responsibility for the Bank's pension scheme, the Bank will provide collateral of £213m up front to cover any possible shortfall - this will presumably be covered by the recapitalisation. Resolving the Bank scheme's deficit will require injections of funds for several years to come.

The Co-Op Bank Board is understandably delighted with this proposal. So too, apparently, is the Co-Op Group, even though its own stake in the Bank will be reduced to approximately 1% and it will lose its right to nominate a director to the Co-Op Bank Board. Better 1% of a going concern than 20% of a bank in resolution, it seems. And the PRA has given outline approval to the package.

But whether or not this rescue goes ahead does not depend on the Board of either the Bank or the Group. Nor does it rest with the PRA. The decision belongs to the Bank's owners and subordinated creditors. And it is by no means a "done deal".

At least 75% of the holders of each class of Tier2 bond must agree to have their notes converted to equity, or - in the case of retail bondholders - agree to lose at least 55% of their investment.  In parallel with this, shareholders must agree to aspects of the proposal, such as the creation of the new holding company and the conversion of their existing shares to shares in the new holding company. The Ad Hoc Committee controls 47% of bondholders and 32% of shareholders. It can count on the support of the Co-Op Group in the shareholders' meeting, but needs to get agreement from an additional 28% of bondholders. Since this is by no means a generous offer for any of the bondholders, and especially not for institutional ones, it is distinctly possible that there could be some holdouts. This proposal might go through a few more iterations before everyone is satisfied.

Nonetheless, this proposal is a valiant attempt to rescue the Bank, again. And perhaps the most surprising aspect is the interest shown by what is now quite a large group of hedge funds. The number of hedge funds who have bought into Co-Op Bank has risen from the original two - Aurelius Capital Management and Silver Point Capital - to at least five, including the giant Anchorage Capital Group. And despite their fearsome reputation, they don't seem to be exactly anxious to cut their losses and move on. Clearly, they see something in this bank that is worth preserving. What might that be?

One of the most striking things about the Co-Op Bank saga is the loyalty shown by its customers. It is arguably in worse shape than the Venetian banks that were bailed out last week, and certainly considerably more distressed than Spain's Banco Popular. But all of these mid-size lenders suffered bank runs when their customers realised they were in trouble. The Co-Op Bank has not. Its customers have stuck with it throughout. I have no doubt that the loyalty of the customer base is one of the key reasons why the Co-Op Bank's hedge fund owners have chosen to stick with it themselves. Loyalty begets loyalty.

Or perhaps we should more accurately call it "goodwill". In accounting, "goodwill" is the value of a firm over and above the sum total of its assets. It represents the amount that investors will pay for - among other things - a strong brand, a unique franchise and proven customer loyalty. The Co-Op Bank has all of these, and it seems its owners and creditors think they are worth preserving.

But there can be no sentimentality. For the hedge funds, these features are worth preserving because they create the prospect of financial returns in the future. And at some point, they will want to realise those returns. The Co-Op Bank may be rescued again, but that does not mean it has a future as a standalone institution. It will face the biggest challenge to its independence when it has completed its internal restructuring and is beginning to return to profit. That is when turnaround specialists look to realise their investment. That is when the investors who have so far stood by the Co-Op Bank will look to sell it. Independence for the Co-Op Bank may yet be short-lived. Enjoy it while you can.