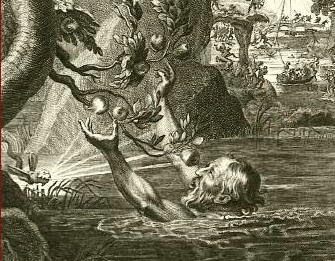 The EU has laid out its negotiating strategy for Brexit. Well, not officially yet, of course - the letter triggering Article 50 won't be delivered until tomorrow, 29th March. But as is its wont, it has made its intentions clear in the press.

In an op-ed in the FT, Michel Barnier, the EU's chief negotiator, has stated in no uncertain terms how he expects the negotiations to proceed. He identifies three crucial issues that must be resolved before there can be any discussion of future trading arrangements between the EU and UK:


The first of these responds to Theresa May's continued refusal to guarantee the rights of EU citizens currently living in the UK. Tellingly, Barnier makes no mention of UK citizens living in the EU. If May won't guarantee EU citizens' rights, he implies, the EU won't protect the thousands of UK pensioners living in Spain, France, Portugal and other sunny South European countries. It will be up to the governments of those countries to decide what happens to them. Nice.

The second is code for "we want our money". This is the contentious 60bn Euros the European Commission says the UK must pay when it leaves the EU. According to the FT, the bill is for "unpaid budget commitments, pension liabilities, loan guarantees and spending on UK-based projects". Unsurprisingly, hardline Brexiters object to this: UKIP's Suzanne Evans told a BBC Question Time audience that Britain "should not pay a penny" when it leaves the EU, and prominent Tory Leaver Iain Duncan Smith outlined a UK claim to a share of EU assets that he suggested would be more than enough to eliminate any UK liability.

It seems likely that the eventual bill will be significantly less than 60bn Euros, but well above zero. This is something of a problem for Brexiteers, who have already had to row back on their promise of an extra £350m per week for the NHS and are now faced with the likelihood that leaving the EU will actually cost the UK money. I'm not sure how they will explain this to the British people, but they will no doubt find someone to blame. Probably Theresa May.

The first two negotiating conditions set by Barnier should come as no surprise. But the third is new. The UK government has so far treated the question of the Northern Ireland border and the Good Friday Agreement as entirely a domestic matter. Barnier, it seems, disagrees. And he has a point. After all, it is the EU's border too, and reneging on the Good Friday Agreement would threaten the security of one of its remaining member states. If the UK can demand control of its borders, so can the EU.

Barnier makes it clear that trade is simply not on the table until the EU's priority issues are resolved:


If we cannot resolve these three significant uncertainties at an early stage, we run the risk of failure. Putting things in the right order maximises the chances of reaching an agreement. This means agreeing on the orderly withdrawal of the UK before negotiating any future trade deal.

Note that although Barnier has specifically cited three issues, he has not limited the conditions to these three alone. The "orderly withdrawal of the UK" can mean whatever the EU wants it to mean.

Keeping trade off the table until everything else is agreed puts the UK into the same negotiating position as Greece. Before it can have the debt relief it so desperately needs, Greece must comply with all the conditions set by its creditors. And every time Greece seems to be getting close to meeting conditions for debt relief, the creditors set more conditions, or find reasons to claim conditions have not been met. Similarly, we can expect that every time the UK gets close to agreeing terms that would enable trade negotiations to start, further issues will be raised. This is the Tantalus game - and the EU is an expert player.

But why is the EU planning to play the Tantalus game? Well, it is all because of the attitude of the Brexit camp in the UK government. From the start, they have emphasised trade over everything else. They could hardly have made it clearer that for the UK, a new trade agreement is paramount. But the EU has much less need for a new trade agreement than the UK does.

The Brexiteers have repeatedly claimed that the EU will be so desperate for a trade deal that it will give the UK special terms amounting to single market benefits without the costs. "Just think about all those German cars!" they cry. But the evidence is that the UK has far more to lose from departure without a trade agreement than the EU does. And the EU's negotiating stance, as laid out in Barnier's op-ed, confirms that view.

There are overwhelming political reasons for the EU to be extremely unwilling to cut such a deal anyway. Giving a non-EU state the same access to EU markets as EU member states would strike a mortal blow to the EU political project. The Brexiteers cheerfully assume that for the EU, the economics of Brexit would trump the politics, even though their own Leave campaign was successful precisely because in the UK, politics trumped economics. But events in the last few years have demonstrated beyond any possible doubt that maintaining the EU project will be far more important for the EU negotiators than any amount of economic pain for the member states. Politically, allowing the UK to leave the EU with no trade deal is a much better outcome for the EU than giving the UK trade terms similar to those it enjoys now.

Unfortunately, the UK cannot afford to play Tantalus.There was no end to his misery: but for the UK, there will be an end, and it is all too soon. Article 50's hard deadline means that the UK is negotiating with a gun to its head. It is more Tosca than Tantalus. Barnier (perhaps we should call him Scarpia?) spells this out:


The sooner we agree on these principles, the more time we will have to discuss our future partnership.

You only have two years, Theresa. If you wish to save the UK from the trade firing squad, just agree to our terms on everything else.

But the firing squad might proceed with the execution anyway. Even if the EU could agree the terms of a new trade agreement within two years - which is doubtful, since getting EU member states to agree is like herding cats - enacting it on the UK's exit may be impossible for legal reasons. The EU is hoist by its own Treaties.

Article 50 has not even been triggered yet, but the Brexit team has already managed to compromise the UK's negotiating position with its toxic combination of ignorance, arrogance and foolishness. This is a very bad start, Theresa.