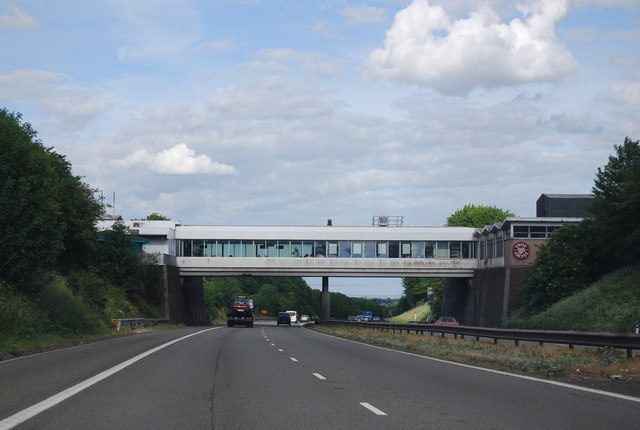 I have a confession to make. I have been reading the Daily Mail.

No, I haven't gone over to the dark side. Rather, I have been true to myself. I have always tried to keep an open mind. And sometimes that means doing something of which my critical self does not approve. Like reading tabloid newspapers.

Reading is an important part of my life. I've always needed time to myself, to read and think. Without that space, my mind fogs and I become irritable. I suppose I am a bit introverted, really.  But shutting people out, even temporarily, can be difficult. Frances has her head in a book again? Just shout to get her attention. Works every time. And now that I have become my father's part-time carer, time for reading and thinking is hard to come by. The fog is slowly descending on my mind.

I discovered long ago that the easiest way of creating time to read and think is just to disappear for a while. So, over the years, I have collected some favourite boltholes. One of them, bizarrely, is Medway Service Station on the M2. Ten years ago, I used to stop there every week on my way to teach in Sittingbourne. It has a decent coffee shop with comfortable chairs. And it has newspapers. You just borrow them to read while you drink your coffee.

Most days now, I drive from my home in Rochester to my father's home on Sheppey, and back again. It's essentially the same journey as I used to do all those years ago.

So, a few days before Christmas, I was driving back from Sheppey to Rochester after helping my father with his shopping. Longing for some time to myself, I decided to stop at Medway Service Station for half an hour.

I ordered a coffee and went to look for a newspaper. The coffee shop was fairly busy, so most newspapers were already in use. There were only three on the stand - the Daily Express, the Daily Mail and the i newspaper. Disappointed, I reached for the i as the best of a bad bunch. But something stopped me. "Keep an open mind," said a voice in my head. And I thought to myself, "I have been critical of the tabloids - and especially of the Daily Mail - but I don't actually read them. I'm a snob."

So I picked up the Daily Mail and headed back to my seat.

It was the day after the Berlin terrorist attack. The first few pages consisted entirely of pictures and reports from people at the scene. I read them with interest. The eyewitness accounts were powerful: I, too, could feel something of the fear and horror that those people experienced, simply from reading their words.

But it was not the reporting of the terror attack that stopped me in my tracks. It was something entirely different.

The previous day, Rabbi Lionel Blue had died, one of many celebrities in the 2016 morgue. In his memory, the Daily Mail devoted an entire page to one of his reflections. In it, he described how he met God in a Quaker meeting - hardly the Holy of Holies for a Jewish man. I was reminded of my father saying he met God on a railway station. People find God in the strangest places....


It’s a friendly name and that’s how he popped up in my imagination.  Fred spoke back to me but his answers weren’t ones I expected.

They weren't what most of us would expect. We imagine God as controlling, not permissive: as dictating what we should believe, not allowing us to decide for ourselves. But Fred was different. Rabbi Blue continued:


‘Do I become Christian?’ I asked him. He was uninterested. ‘That’s your business,’ he said.

As I read this, a memory came to me. A 22-year-old music student standing in a Russian Orthodox church in Moscow, watching with horror the elderly women praying to the icons. "It's idolatry!" cried my younger self. And a voice in my head said, "Nevertheless, these are my children too".

At that time, I believed in God, but my faith was narrow and rigid, excluding others who did not conform to Christian evangelical norms. I was sure what those women were doing was evil. But God had a different opinion. Briefly, he gave me a glimpse of the world as he saw it - and it shocked me to the core. What I thought was evil, he considered unimportant. But condemning those women for their religious practices was a different matter. My version of Christianity was his idea of evil. Not that he was condemning me, mind. He just wanted to open my eyes.

That experience fundamentally changed my world view. To this day, I remain convinced that God is far more tolerant than we can imagine. Fred, utterly uninterested in Lionel Blue's faith choice, is the God that I know, the God I met in that church in Moscow.

We are all Fred's children, whatever faith - or none - we choose. I choose to be a Christian. Lionel Blue chose to become a Jewish Rabbi. Others choose to be Muslim, or Hindu, or Buddhist, or atheist. Our choices are driven by our cultural backgrounds, our temperament, our friends & family, our life experiences. But we have far more in common than the faith choices that divide us. The most important thing we share is our humanity. When we recognise another as a fellow human being, and share in their joy and their pain, we see the face of God.

And that brings me back to the Daily Mail. As I read on, I realised that it was all about people and their struggles. About their health, and their wellbeing. Six pages of eyewitness reports of a terrorist attack. A whole page report about elderly people with dementia being discharged from hospital in the middle of the night without support. Joyful reports about advances in healthcare that make people's lives easier. Angry reports about cost-cutting and meanness that diminish people's quality of life. And through it all, I heard the voice of God. The God who told me to keep an open mind. The God who meets us in the most unlikely places. The concern of my God for humanity shone through that paper that I had despised.

That said, I am not blind. The Daily Mail is partisan and divisive. It appeals to some and alienates others. And, more worrying, it promotes "othering" of those who are not "one of us" - migrants, Muslims, the very poor, the very rich. But I can see why God chose to use this very flawed medium to teach me a lesson. I was every bit as guilty of divisiveness and "othering". It is a lesson I shall not forget.

And it is a lesson that others too need to learn. As I look at the world today, I see fragmentation and discord, growing alienation, and a distressing tendency to divide people into "right" and "wrong", "us" and "them", Leavers and Remainers, Christians and Muslims, citizens and migrants, white and black, "ordinary people" and "experts", workers and bankers .....the list is endless. I find the religious divisions particularly distressing, perhaps because I lived through the years of violent religious discord in the United Kingdom, and I fear for the fragile peace in Northern Ireland. And perhaps also because I still hear "nevertheless, these are my children too" in my head.

When we divide people into "us" and "them", we deny the humanity of those we decide to exclude. And by denying their humanity, we open the door to terrible, terrible things. By convincing ourselves that they are less than human, we can justify to ourselves the torture, rape, slavery, imprisonment and murder of our fellow human beings. Acts of unthinking cruelty become commonplace, social deviants are treated increasingly harshly, false and exaggerated stories whip up the fear that justifies brutality towards those who are "not one of us". This is the essence of evil.

It is often said that for evil to triumph, all that is necessary is for good men to do nothing. But I would say that when we stop seeing our common humanity in the faces of others, the triumph of evil is already assured.

The extent of evil
Joseph Brodsky on the Greatest Antidote to Evil - Brain Pickings
What have we learned from history?
True patriotism