Showing posts from 2014
Show All

I couldn't help noticing this article in the Guardian. "Taxpayers Left With £10bn Loss On RBS Stake", the headline screams.

Here's the story:
Taxpayers were left with a £10bn loss on their stake in Royal Bank of Scotland shares at the end of 2014. The 79% shareholding in RBS was bought at an average of 502p a share, well above the 394p at which the shares ended the year.
Shocking. How dare the Government sell OUR shares in RBS at such a loss! That's worse even than Royal Mail. This Government goes from bad to worse, doesn't it?

And then Ms. Treanor moves briskly on to discussing Lloyds, where the taxpayer is actually making a profit:
In contrast, shares in Lloyds Banking Group ended at 75.8p, above the average price of 73.6p at which the government bailed out the bank six years ago. The taxpayer owns 24% of the bank but that stake could fall to 20% in the next six months under a plan announced by George Osborne th…
8 comments
Read more 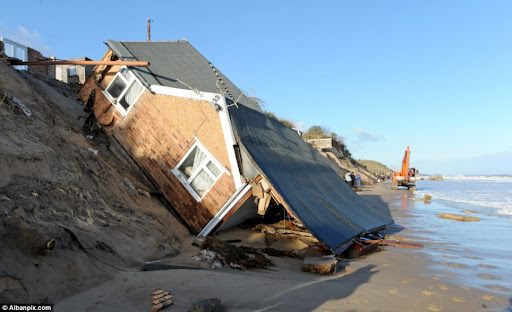 Once upon a time there were six families who lived in neighbouring farms. Every now and then one of them would try to steal some of the land belonging to one of the other families: the other families would spring to the defence of the one who had lost the land, and there would be a noisy dispute and a bare-knuckle brawl between some of the menfolk, egged on by the rest. During these disputes the farms did not get tended, the cattle strayed, the crops were trampled and the chickens were eaten by foxes. Eventually, after several years the brawl would end and the participants would be shipped off to hospital, leaving those less injured to restore the farms and resume food production. It was all very unedifying.

After the last and most vicious of these brawls, the families agreed that this was not a sensible way to behave and they really should try to get on with each other better. So they decided to merge their farms. Instead of being six independent farms, there would now be one Commun…
8 comments
Read more 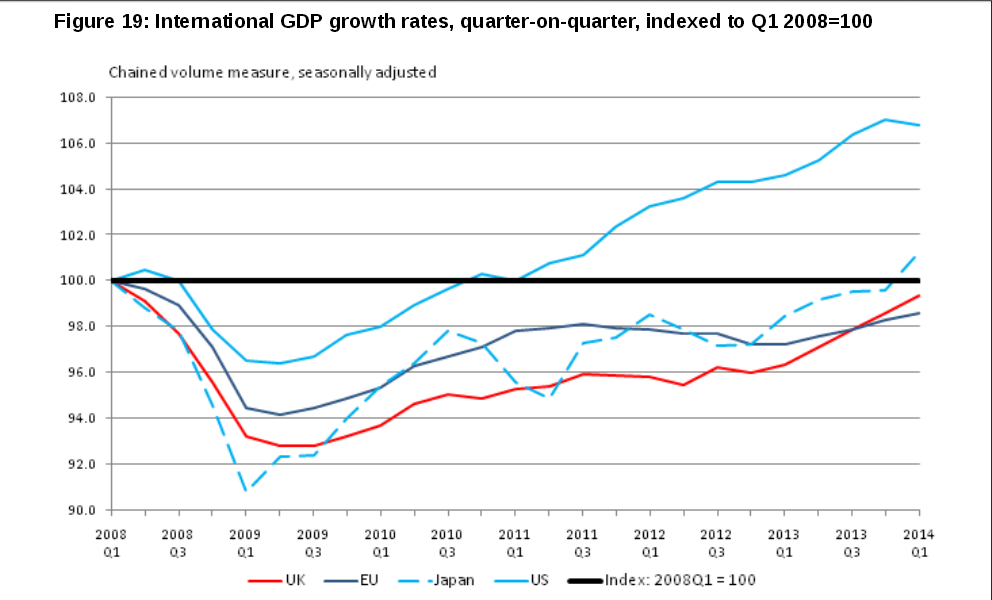 I think John Cochrane has lost his marbles. Or maybe his dispute with Paul Krugman has blown his brains. Anyway, he has written one of the worst op-eds I have ever seen.  He even quotes George Osborne as an authority on (the problems with) Keynesian economics. You couldn't make it up.

Cullen fisked about half the article but gave up in disgust when he encountered this little gem:
By Keynesian logic, fraud is good; thieves have notoriously high marginal propensities to consume. Noah, who clearly has a stronger stomach, read all of it, understood most of it, and summed it up in one word.

But not being British, both Cullen and Noah missed the sheer idiocy of this statement (emphasis mine):
With the 2013 sequester, Keynesians warned that reduced spending and the end of 99-week unemployment benefits would drive the economy back to recession. Instead, unemployment came down faster than expected, and growth returned, albeit modestly. The story is similar in the U.K. Oh no it isn'…
7 comments
Read more

One Bank To Rule Them All

The ECB has released this letter from its former President, Jean-Claude Trichet, to the Spanish Prime Minister in August 2011. It is excruciating reading.

The letter starts with a reminder about the Spanish government's responsibilities:
We recall that the Euro area Heads of State or Government summit of 21 July 2011 concluded that "all Euro countries solemnly affirm their inflexible commitment to honour fully their own individual sovereign signature....." Well, ok, this letter is about the threat to the Euro caused by spiking Spanish bond yields and the fear of default and redenomination at that time, so it is probably reasonable of the ECB to ask for assurance that the Spanish government intends to honour its debt obligations. But that's not all:
"...and all their commitments to sustainable fiscal conditions and structural reforms." And the letter then goes on to explain in some detail exactly what "structural reforms" the ECB expects Spain to …
22 comments
Read more

Krugman, Bowman and the monetary financing of governments

This is, of course, anathema to dedicated believers in the omnipotence of central banks. But Krugman is in good company. I recently heard Richard Koo speak on lessons from Japan for the Eurozone. Koo questioned QE's effectiveness when the private sector is refusing to take on more debt because it is determined to deleverage.

Koo's and Krugman's scenarios are actually the same, though they attack the problem from different angles. In both cases, interest rates are zero, though Krugman explains this as an infinite demand for interest-free money (the liquidity trap), and Koo explains it as a lack of demand for borrowing. Both argue that central banks are unable to generate inflation when the private sector does not wish to spend. Both insist - though for different reasons - that when interest rates are zero, fiscal stimulus is needed to get …
47 comments
Read more

By Frances Coppola - December 14, 2014
This is a difficult post for me to write, and there will no doubt be people out there who will be horrified at what I am about to say. But I feel that the hard questions that I shall raise have to be addressed.

In August this year, my mother went into a nursing home. She now has twenty-four hour nursing by specialists in the care of dementia sufferers. It is eyewateringly expensive. And it is being paid for entirely by my father.

This is an appalling tragedy. It is worse than a bereavement. In effect, my father has lost his wife - but he is still paying for her care.

Now, please don't misunderstand. It is not a financial tragedy. My father reckons he can afford to pay for my mother's care for five years without having to sell the house that he still lives in. He observed sadly that the people who will pay are his children and grandchildren, who will inherit far less than he had hoped. But to me, it is only right and proper that the savings he accumulated during his workin…
26 comments
Read more

By Frances Coppola - December 09, 2014
In my previous post, I cast doubt on the viability of Juncker's investment plan, pointing out that it involves no new money from either the EU or the EIB since it relies on a combination of non-sovereign guarantees and money diverted from other schemes, and questioning whether the private sector would be interested in investing in member state pet projects anyway. To put it bluntly, it appears to be a conjuring trick designed to give the impression that the European Commission is "doing something" about the appallingly low level of investment across the EU. I (somewhat impolitely) commented to a friend that this scheme looked like an attempt by Juncker to prove that he is not a total joke.

But in this extraordinary comment on my post, someone who identifies as "cig" exposes a dimension to Juncker's plan that I had missed:
There is an obvious trade here: 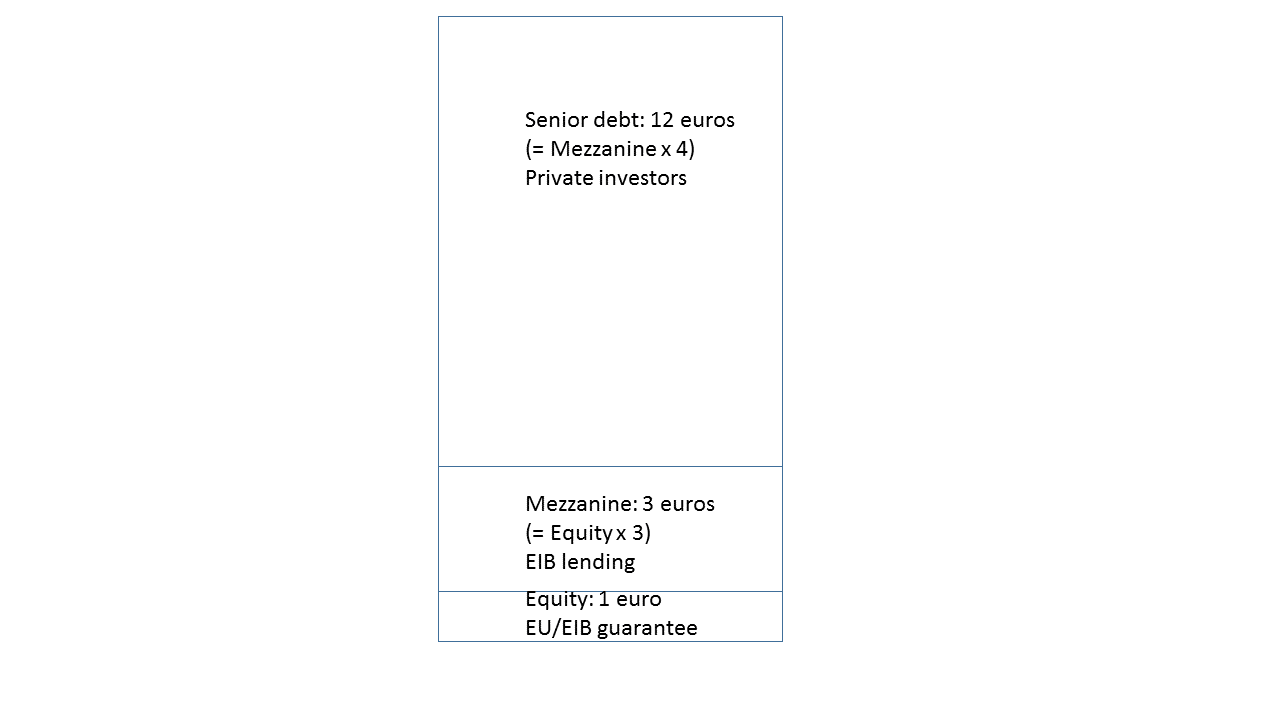 The new President of the European Commission has recently unveiled his second attempt at increasing European investment without raising public debt levels. His first attempt, which envisaged leveraging the ESM, was shot down by the Germans. This version leverages both the EIB and the EU's own budget. By committing 16bn EUR from the EU's budget and 5bn from the EIB, Juncker reckons that upwards of 315bn of new investment could flow into EU-wide projects, increasing jobs and improving infrastructure. It sounds wonderful, doesn't it?

But how would it work, exactly? Here is an explanation from the European Commission's factsheet:
The role of the Fund is to mobilise extra private finance in specific sectors and areas. The Fund is estimated to reach a multiplier effect of 1:15 in real investment in the economy. This is the result of the Fund's initial risk bearing capacity and is an estimated average calculated as follows: For every initial one euro of protection by…
7 comments
Read more

By Frances Coppola - December 05, 2014
Back in October, Toby Nangle, head of multi asset allocation and co-head of global asset allocation at Threadneedle Investments, a UK-based fund manager,wrote a guest post on FT Alphaville in which he argued that the Chancellor should call in the UK's War Loan. The War Loan was issued by HM Treasury in 1932 and is one of the oldest bonds in the market today.

"The UK Government could reduce its debt and save the taxpayer £300m by exercising its right to call the ‘War Loan’ and refinance it with new perpetuals with the same coupon but a thirty-year non-call period or new long-dated bonds.", said Nangle.

The Chancellor took his advice. As part of the Autumn Statement, he has announced that the Government will call in not only the War Loan, but other historic gilts too. From HM Treasury's Press Release:
The Chancellor of the Exchequer, George Osborne is today (Wednesday 3 December) announcing that the government will repay all the nation’s First World War debt.
Th…
23 comments
Read more 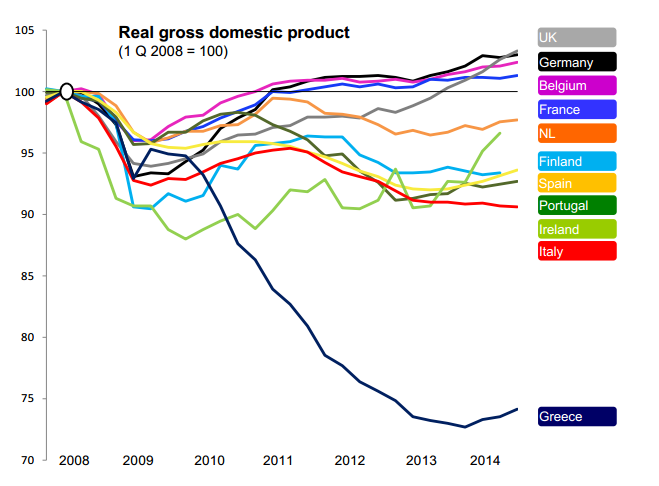 Via the FT's Robin Wigglesworth comes this chart:

Using either measure of inflation, NGDP is negative. The ECB's preferred HICP measure gives NGDP of -1.2%.

I suppose, when you are starving, crumbs look like a square meal.

Lots of people have been celebrating the Spanish recovery. "From boom to bust to export-led recovery", crowed one Twitter commentator.

This is the reality:
Well, real GDP growth is now positive. I suppose that is a recovery, sort of. Though 0.5% growth is not exactly robust. In the UK we call 0.5% growth "stagnation", not recovery.*

But look at this:


Note the red at the far right. That is deflation. Consumer prices in Spain are falling by about 0.5%, according to the latest figures. To be sure, this is an annual chart: using annual GDP figures, NGDP is about 1%. I don't call that much of a recovery.

And I doubt if the Spanish see it as recovery, either. This is GDP per capita:

Yes, the Spanish are worse off now than they were in 2003. Ouch.

So if the "recovery" is largely due to falling consumer prices flattering real GDP, what about those exports?


This looks like something of a success story. The current accoun…
18 comments
Read more 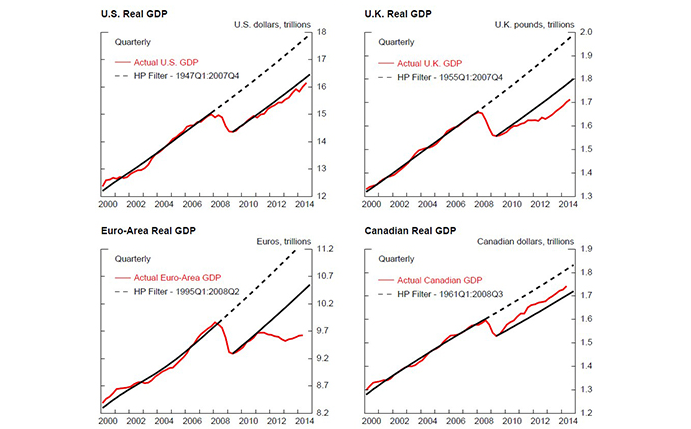 Researchers at the Federal Reserve recently produced a fascinating article in which they argued that severe recessions such as that in 2008-9 leave permanent economic scars.This set of charts shows the effect of the 2008-9 recession on real GDP trend growth for four economic areas - the US, the UK, the Euro area and Canada:

This reminds me of the four-image game on the UK's satirical current affairs show "Have I Got News For You". Spot the odd one out, and explain why.....and no, it isn't the one you think it is.
Actually each chart has a claim to be the odd one out, which just goes to show how the economic effects of the financial crisis varied by country. Or perhaps more accurately, how the response to the crisis by monetary and fiscal authorities varied. These charts show a significant drop in trend RGDP for all four economic areas: Canada, which had neither a property market crash nor a banking crisis, shows the smallest fall. Interestingly - and contrary to pop…
8 comments
Read more 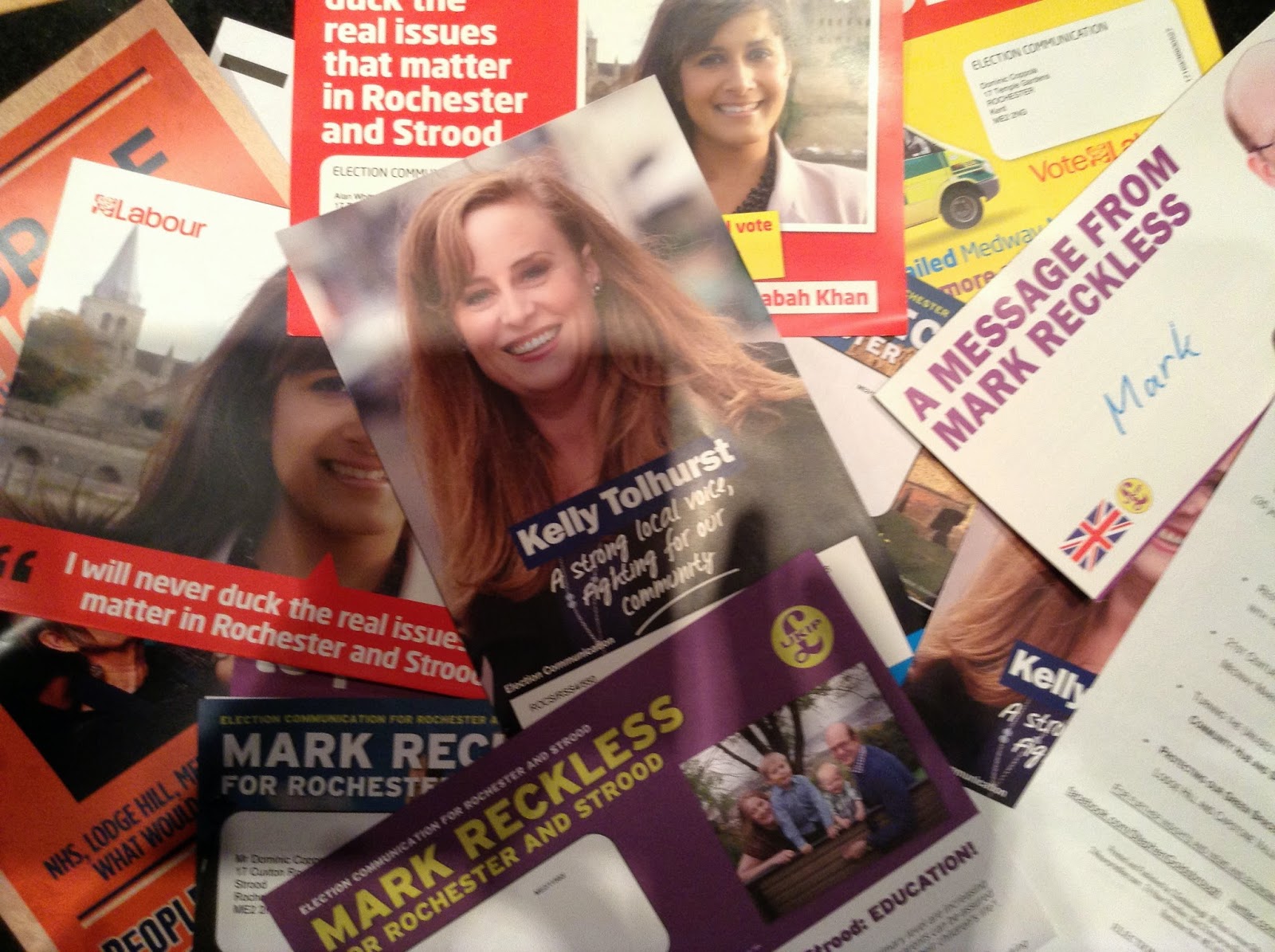 In the post this morning: three communications from UKIP, two from the Conservatives, one from Labour. This is a pretty typical day. Every day brings more confetti through the letterbox, most of it from UKIP and the Conservatives. All of it goes straight in the bin.

Spamming my letterbox, mailbox and voicemail merely annoys me. I don't need more information. I know what all of the main candidates are offering. Heaven knows, they've told me enough times.